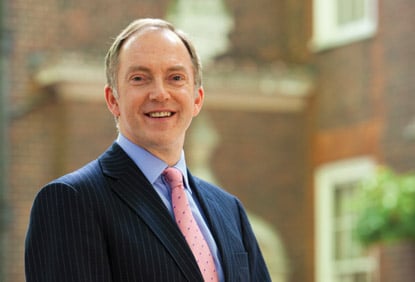 A few weeks ago, I had the pleasure of attending a lunch for the all-party parliamentary group (APPG) on pensions in the House of Commons. Assembled were some of the most prominent authorities on pensions and influential policymakers. The discussions were illuminating, and it is reassuring to know that the Institute and Faculty of Actuaries (IFoA) was part of them.

I found it particularly interesting to hear about the work the Association of Consulting Actuaries (ACA) has been doing to support the government's defined ambition pension proposals, and this led me to reflect on some of the work that members of the IFoA undertook last year on the guaranteed aspect of defined ambition.

A great deal of research is carried out by the IFoA in the pensions space, either directly by members or through sponsorship. One example is the recent research by the Pensions Policy Institute (PPI) on the effectiveness of tax as a pensions saving incentive, more about which later. Many thanks to those involved in this research. It is so important because of the way the pensions landscape is changing and the implications that has for the role of the actuary within that landscape.

In October, we will reach the first anniversary of auto-enrolment, which, to date, appears to be running successfully, although it could be argued that its greatest challenges still lie ahead.

Just a few months ago in this magazine, pensions minister Steve Webb questioned the role of actuaries in the pensions landscape of the future (The Pensions Revolutionary, The Actuary, June 2013). Certainly, the traditional image of the actuary is within a defined benefit (DB) scheme, but the world has moved on and so have our members.

Today, a great many of our members, in the UK and overseas, work in pensions but not in DB, reflecting the value of the actuarial skill set when applied to pensions of any description. This reality is supported by the changes made in our qualifications, such as enterprise risk management (ST9), and there will be changes made to the pensions and other benefits (SA4) syllabus soon.

The IFoA is working closely with the Pensions Regulator as it looks at gaining a sense of what a good defined contribution (DC) member outcome should look like - a challenging question with important ramifications. There is a new DC working party (reporting to the Pensions Board)which is tasked to respond to consultations, examine the issues and undertake research in the DC space.

This working party is already establishing member-led research working parties looking at bond yields, how best to provide pension information and how to design a pension around the idea of defined ambition and inflation - if you are interested in being involved in any of these projects, please email Debbie Atkins, head of volunteer engagement, at [email protected]

Returning to the PPI's research on the tax treatment of UK pensions, this research has opened an interesting debate - one that will continue to roll on and one where I am keen that the IFoA continues to play a part in informing the debate.

If you missed the PPI's research, the report is available on the website, www.actuaries.org.uk. To summarise: it suggested that not only is the present tax-neutral system for UK pensions failing to act as an incentive for saving but it is also unevenly distributing the benefits of this tax treatment to higher-rate tax payers. The research considered a number of alternatives, including a 30% fl at rate and a cap of £36,000 on the tax-free lump sum of up to 25% of your pension savings that is presently available. The research was widely reported in the media, and calls for a fresh look at the present system were made by a consortium of 40 Conservative MPs, the ABI, the TUC and Age UK.

Our view is that this is a complex area and that simplifying pensions should be beneficial for all concerned. The consideration of tax as an incentive is just one of several options available to policymakers, albeit one that offers them food for thought, and there are a number of other factors that should also be considered, including affordability, communication and the role of the employer.

I am interested in hearing members' views, so contact us via the website and send me your thoughts on the paper. I look forward to reading them, with a view to establishing further research by the IFoA to inform what is set to be an ongoing debate.

This article appeared in our September 2013 issue of The Actuary.
Click here to view this issue
Filed in
09
Topics
General Insurance