Soapbox: time to get real 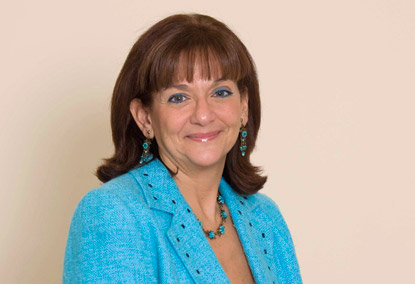 Quantitative Easing (QE) started in 2009 when the Bank of England, having lowered short-term interest rates to almost zero, decided to force long rates down too, hoping to provide extra stimulus to the economy. Since then, £375bn of new money has been created to buy government bonds.

As a result, yields have fallen to historic lows, despite a doubling of gilt issuance since 2008, and a quadrupling since 2004. This increase in supply would normally be associated with rising yields, but QE has ensured yields have continued to fall. The Bank now owns around a third of the government bond market - more than all UK pension and insurance funds combined.

Nevertheless, the UK economic recovery has been weak. This could be due to the damaging effect of lower yields on UK pensions, especially with an ageing population.

The UK pension system is underpinned by long bond yields. Both defined benefit (DB) and defined contribution (DC) pensions are negatively affected by lower long rates, which may offset any stimulus to other parts of the economy. The Bank of England has attempted to deny this effect. Its research concluded that asset price rises caused by QE would offset any increase in pension liabilities or annuity rates resulting from lower bond yields, so the impact on pensions would be 'broadly neutral'. This conclusion does not stand up to scrutiny.

With respect to DB pensions, research from the Pension Protection Fund and other academic studies shows that lower bond yields increase pension fund liabilities far more than assets. A typical pension fund will see an 18%-20% rise in liabilities for every percentage point fall in long bond yields, while its assets will only increase by 4%-10%.

The £375bn QE programme is estimated to have reduced 15-year gilt yields by at least two percentage points, implying a 36%-40% rise in pension liabilities but only an 8%-20% rise in asset values. The resultant worsening of pension deficits has been confirmed by the latest data. Despite strong asset performance and large contributions, many companies are struggling to reduce their deficits. The Pensions Regulator has recently indicated a more accommodating stance to short-term deficit recovery plans, but QE has already damaged many corporate sponsors.

With DC pensions, QE has resulted in a dramatic decline in annuity rates, thereby lowering the pensions of nearly half a million annuity purchasers each year. As the maximum income withdrawals from income drawdown funds are set by the Government Actuary's Department in relation to single life annuity rates, many pensioners in income drawdown have also faced significant income reductions. Most pension investors have certainly not seen their asset values rise sufficiently to offset the fall in annuity income.

The Bank also suggested that the effects of QE would typically balance out over the course of a policy cycle. This is not true for those who have bought annuities, because they cannot change their annuity when rates rise. With a fixed annuity, and no inflation protection, they will just become increasingly poorer over time.

Current low bond yields, negative in real terms, do not fit the UK fundamentals. Inflation and the fiscal deficit would suggest 10 to 15-year yields significantly higher than they currently are. By artificially distorting gilt yields, QE has added risk to the 'risk-free' rate that other assets are priced from. The Bank of England believes pushing up asset prices, including housing, equities and other bonds, will boost growth. However, the risks of this have been underestimated. By creating a bubble in the gilt market, then all other asset prices are at risk too. All asset bubbles burst.

Real growth is created by investing in real assets, such as house building or infrastructure, not just financial assets. Rather than creating more new money, it would be far better to ensure incentives for pension and insurance funds to invest directly in growth-producing assets, house building, infrastructure and small firm loans. There is plenty of money in the economy, it is just not getting to the right places. Buying more gilts is not a recipe for recovery.

In essence, it seems policy has ignored the damage caused to pensions for increasing numbers of retirees in our ageing population. Lower pensions mean lower long-term growth and there is no strategy for unwinding such massive gilt purchases, so inflation risks are also high. I do hope we will not see more misguided attempts to boost growth by undermining pensions with further money creation.


Dr Ros Altmann, formerly director-general of Saga, is a pensions and economics policy expert and former investment banker, who has advised governments, corporations, trustees and the pensions industry

This article appeared in our July 2013 issue of The Actuary.
Click here to view this issue
Filed in
07
Topics
Health care