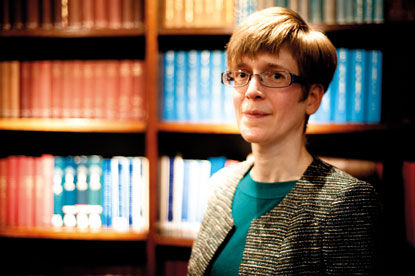 Talk about 'growth' in politics and business generally means economic growth measured by real increases in gross domestic product (GDP). But is GDP an appropriate way of measuring economic performance? And should growing it be a central public policy aim?

The Institute and Faculty of Actuaries recently commissioned a research report entitled Resource Constraints: Sharing a Finite World (bit.ly/limitstogrowth), highlighting the potential for resource constraints to limit future economic growth. These constraints arise because our planet is finite. As well as limiting the economy's physical size, the research suggests that monetary measures such as GDP and asset returns will also be restricted, leaving society facing some tough decisions in the years ahead.

GDP measures only a single dimension of economic performance - the scale of economic activity calculated with reference to the market prices of the goods and services produced within a particular geographic area. It does not provide any information about the social outcomes of that economic activity.

For example, it includes spending on cigarettes, healthcare costs arising from obesity and the clean-up costs of environmental disasters, while excluding most voluntary and domestic work. It gives no indication of how the benefits flowing from economic activity are distributed among the population, so countries with the same mean GDP per capita can have very different levels of inequality. GDP says nothing about the manufactured, natural and social assets on which economic activity depends. We need to understand how the quantity and quality of these assets are changing over time to ensure the sustainability of economic activity.

Growing the scale of the economy is a means to an end, not an end itself. Those calling for economic growth may well have different ends in mind. Individuals may want higher GDP because they equate it with a greater chance of employment, more affordable bills and more comfortable lifestyles. Governments may want higher GDP so they can fund more public services without increasing tax rates or public-sector debt. Businesses may hope that an increase in GDP will lead to increased sales revenues and profitability. Actuaries will be mindful of the link between GDP and asset returns, and society's structural dependence on asset returns to fund pensions and long-term care.

Once these different aims are stated, it becomes clear that they won't automatically be met by increasing GDP. Meeting them depends instead on the composition of economic activity (including activity that occurs outside markets) and the distribution of the associated income. Other aspects of wellbeing, such as health, education and personal relationships, are even less directly linked to GDP. However, GDP still holds sway in policy debates.

It seems likely that we're facing a future in which achieving real growth in GDP will become increasingly difficult. Moreover, by focusing on maximising GDP in the short term and overlooking the state of the resources on which our economic activity depends, we risk making decisions that undermine society's ability to deliver high quality of life in the long term.

Now is the right time to rethink how we measure the success of our economy and to cease to treat GDP growth as a primary goal. Rather than simplistically trying to pursue 'growth', we need to be clearer about the social outcomes we wish to achieve and have an informed debate about how best to achieve these, given the constraints we face. This will help us select appropriate alternative measures of success and give these measures the legitimacy they need to gain widespread support.


Claire Jones is a qualified actuary with an MSc in sustainability (ecological economics). She is the sustainability and economics manager at the Institute of Chartered Accountants in England and Wales. The views expressed are her own and not necessarily those of her employer.

This article appeared in our June 2013 issue of The Actuary.
Click here to view this issue
Filed in
06
Topics
General Insurance