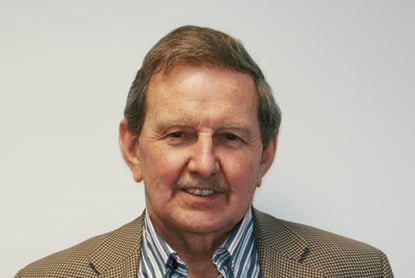 Most actuaries would like to live in a world where all significantevents are known years in advance. Annoyingly, events tend to happen in an apparently random fashion. This makes life difficult for actuaries, who are reduced to making intelligent guesses based on limited or absent information.

This absence of accurate 'advanced information' is commonly seen in the income protection (IP) insurance market. There, individuals or groups seek protection from the expense of a serious illness causing long-term loss of income. As the chance of this happening is quite low, insurance premiums reflect this, making it a popular product to sell. However, should a claim be made it is expensive. Yet recent studies unrelated to the insurance industry show that some IP claims may actually be predictable.

This seems an unlikely claim. However, a 2010 paper in the BMJ, by Will Whittaker et al, does just that. Researchers looked at people attached to GP surgeries and the past medical history of those who had made claims for incapacity benefit (IB). This is payable to those who have had 28 weeks of certified medical absence for work. The study found that two separate measures were helpful in predicting future IB claimants.

The first measure used a self-scoring psychometric score, General Health Questionnaire 12 (GHQ 12). This was created more than 40 years ago by David Goldberg, a psychiatrist at the Maudesley Hospital in London. It has since been refined and is used widely as a measure of current mental health. It takes only a few minutes to answer the 12 questions it contains. There are a number of different scoring systems, but if there is an abnormal or raised score, it suggests that the person has a mental health problem.

The second factor related to future IB claimants was frequency of GP consultations. In this study, the cut off was more than 10 in one year. In summary, IB claimants were more likely to have a raised GHQ 12 in the two years prior to an IB claim, and increased medical consultations in the three years before.

This study strongly suggests that some long-term illnesses, associated with prolonged absence of work, can be predicted to some extent. The question for actuaries is: "Would similar results be found in (six-month) deferred-period IP claimants?" Both IP claims and IP claimants, with a six-month deferred period, have some similarities as both have experienced a long period of ill health before an actual claim is made.

The payment, in both instances, once established, is likely to be long lasting and thus costly to the insurer, whether state or private. On the other hand, there may not be a close overlap of social and other factors of these two claimant groups.

Only a well-conducted, randomised control trial (RCT) could answer the question posed above. Such trials are lengthy, expensive and the hoped for outcome cannot be guaranteed in advance. Properly conducted RCTs often lie in the province of academic departments, outside the immediate reach of insurers.

The Whittaker study raises the more interesting question: "If future disease/absence from work can be predicted, even in part, can it be prevented?"

The answer is a tantalising "Probably".

If that were the case, could IP insurers offer their policy holders, who might be at risk of receiving payments in the future, treatment to prevent this outcome? Unfortunately, we don't know and it will remain unanswered unless and until high-quality evidence is produced

to answer this question. No one, except the insurance industry at large, is likely to commission such studies, but it would be one of the main beneficiaries of a positive outcome of such an initiative. Could the insurance industry, guided by actuaries, effectively modify such behavioural patterns for those who take out IP policies? Would a healthier workforce result? Additionally, if preventive treatment proved less costly, IP premiums could become lower.

Admittedly, there are a lot of 'ifs' and 'buts'. However, at some time in the future there is the prospect of IP capitalising on Whittaker's findings to everyone's benefit. And the future is what actuaries are all about, surely.