Soapbox: Cooperation is the key to cracking fraud 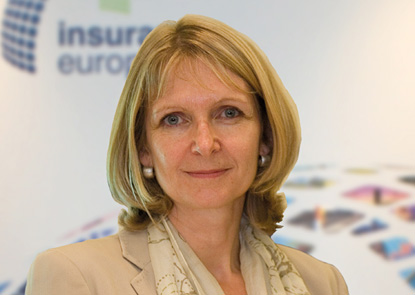 A study of 1,000 adults conducted by the Federation of Finnish Financial Services in 2012 found that 27% of respondents knew a person who had 'deceived his/her insurance company'. This only begins to highlight the scale of insurance fraud across Europe.

Insurance fraud undermines the principle of mutual benefit on which insurance is based, since the vast majority of honest customers end up paying for the dishonesty of the few. It affects every type of insurance and ranges from opportunistic claims to highly organised crime rings. It has an impact on society as a whole, as research shows that insurance fraud can be used to fund criminal activity.

Across Europe, it has been estimated that detected and undetected fraud represents up to 10% of insurers' total claims expenditure. National insurance associations collect data on fraud levels in their countries. The Association of British Insurers, for example, estimates that around £1.9bn of fraud goes undetected each year in the UK. This is despite insurers detecting more fraudulent claims every year - up 7% year-on-year in 2011 to £983m. Across the Channel, figures from the French Federation of Insurance Companies, the FFSA, reveal that over 35 000 fraudulent claims were detected in 2011, leading to savings of 168m.

Pan-European statistics are, unfortunately difficult to compile, as countries collect different data and measure fraud in different ways. Nevertheless, national statistics demonstrate what a major issue fraud is. This is why insurers invest significant resources in their fight against fraud and why Insurance Europe recently published a booklet entitled The Impact of Insurance Fraud to raise awareness of the issue.

Insurers use a variety of methods to tackle fraud. Initiatives vary between countries and are constantly evolving to keep pace with changes in fraudulent behaviour.

Information is exchanged across Europe, within the limits of data protection and privacy requirements. In the Nordic countries, regular meetings are held to discuss developments, since fraud trends in one country have been seen to spread.

Formalised groups to investigate fraud also exist in many states. The UK's Insurance Fraud Bureau (IFB) was set up in July 2006 to detect and prevent organised and cross-industry fraud, working closely with law enforcement agencies. The impact of the IFB has been hugely positive, leading to numerous arrests and savings of tens of millions of pounds for insurers and their customers. In France, a national body, the Agence Pour la Lutte Contre La Fraude à l'Assurance, ALFA, was set up in 1989 to investigate suspicious claims and promote counter-fraud activities. It trains and certifies fraud investigators, advises on cases targeting multiple insurers and on managing relations with law enforcement agencies.

Cooperation with law enforcement agencies is, of course, vital. In Denmark, the insurance association F&P organises exercises at the Danish Police Academy on how to combat insurance fraud. Former police officers are also often employed by the industry.

'Cheat-lines' have proved successful in a number of countries, including Ireland, Sweden and the UK. These allow members of the public to report suspected or known fraud.

Technology can also be harnessed to fight fraud. Methods include electronic devices to detect document authenticity and the use of publicly available information from social media. One claim in the UK for back injuries was rejected when Facebook images showed the claimant doing gymnastics and training for a charity run.

Insurance fraud is not a victimless or insignificant crime. Serious consequences, including custodial sentences, await those found guilty of it. The industry is constantly strengthening its systems to ensure that all types of fraud are detected and prevented, but it also needs the support of governments, law enforcement agencies and the general public.

'The Impact of Insurance Fraud" is free to download at www.insuranceeurope.eu

This article appeared in our April 2013 issue of The Actuary.
Click here to view this issue
Filed in:
04
Topics:
Soft skills