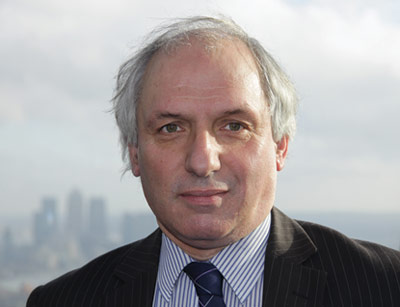 Term And Health Watch, the report on retail protection sales data published by Swiss Re annually, shows little change in new policy sales in the past five years. New term sales hover around 1.5m and reported new income protection policies are just over 100,000. Yet price competition, particularly for term sales through independent distribution channels, is intense - and has been for many years.

A key cause of the overall drop seems to be the decline in the number of tied advisers, who achieved more than a million new term assurance sales in 2003 at their peak; this dropped to below 600,000 at the end of 2011. By contrast, sales through directly authorised channels, including IFAs and mortgage intermediaries, have remained at just under 900,000 new policies.

Part of the decline in tied sales can be attributed to mortgage activity, but we have also largely failed to replace lost sales channels with other 'triggers' for purchase that appeal to the mass market. Supply and demand economics suggests that falling prices should stimulate new sales, but this is not the case if consumers are not sufficiently engaged to act.

Research with consumers in the typical protection-buying ages of 30 to 50 shows that they are aware that withdrawal of state benefits will place greater responsibility on them. The same research shows that they have little awareness of the cost of protection products - 53% had no idea of the cost and most over-estimated the actual cost of cover.

Consequently, the biggest challenge is turning awareness into action rather than just a focus on the lowest price. A competitive price becomes a factor only once action is taken.

A further common barrier to financial services generally was the perceived complexity of products, which consumers often see as riddled with small print and presented using terminology that is difficult to understand. Complexity is a recurring complaint and we need to do much more to improve understanding of what, in many cases, may be a 'grudge purchase'. In the absence of advisers to make recommendations, consumers are unlikely to buy something they do not understand.

More positive and consistent messages are key to increasing consumer confidence in their choices at a time when social and other media can magnify both good and bad practices on a scale unknown to earlier generations.

Better financial education is desirable, yet this is no quick fix. Asked to name an independent advice business, consumers commonly cite banks and life offices with their own sales forces that closed to new business many years ago. Against this sobering finding, will consumers readily grasp the distinctions between independent and restricted advice?

Our propositions need to remain relevant, particularly to a younger generation who may see advisers as old fashioned anyway and irrelevant to the way they choose to purchase. The NEST Corporation's pensions phrasebook of terms to be used and avoided is a welcome step towards clarity. But can we adopt standard and clear language across the whole market, so that it becomes the norm rather than a differentiator?

The final report from the Sergeant Review of Simple Financial Products is expected in February 2013. Opinions differ as to whether the initial set of products proposed in the interim report is sufficiently ambitious to meet the needs of the target market of some 20 million people. And further consideration needs to be given to income protection, arguably an even more important product than life cover. The interim report points to the need for appropriate terminology if income protection as we know it today, or as it emerges from the review, is to be sold without advice.

This is no new debate. At the most basic level, we have seen the name changing from permanent sickness insurance through permanent health insurance to income protection, which many consumers understandably expect to pay out for unemployment as well as sickness. Could it be that, at long last, we are beginning to listen?


Ron Wheatcroft is technical manager at Swiss Re

This article appeared in our November 2012 issue of The Actuary.
Click here to view this issue
Filed in
11
Topics
Soft skills