When it comes to communication, the best policy, says Richard Butcher, is to keep it simple and concise 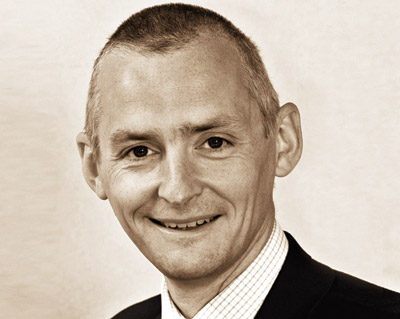 Back in 2006, the Dutch town of Makkinga tried a radical road experiment, taking away all road signs. It took the curb stones out so that cars and pedestrians shared the same space and it took out all road markings. It even removed parking restrictions and meters.

In theory, there should have been chaos, with drivers and pedestrians unsure of where they should be and drivers poorly informed of hazards and obstacles. They wouldn't even be told how fast to drive.

In fact, it wasn't chaos at all - there was a dramatic reduction in the number of accidents and casualty numbers plummeted.This was the result of two factors. First, because they were unsure how to precede, everyone - drivers and pedestrians - was more careful. Second, undistracted by the clutter of signs and information, drivers paid more attention to the road and what was going on around it.

It was a brave step by the authorities, but it paid dividends: a clear example of less communication producing a better result.

Driving is, of course, a complex process, but we nearly all get to grips with it in the end. It is, we could say, a familiar process, so achieving a good outcome, even with a complete lack of communication, should be achievable.

Pension saving, investment and annuitisation aren't familiar processes to most people, so it would be unreasonable to expect a good outcome without some form of communication. That said, the basic lesson of Makkinga still rings true: if we avoid the message becoming too complex and crowded we should achieve better outcomes.

In the past few years, the Pensions Regulator has started creating a regulatory environment for the generation of defined contribution (DC) schemes that will survive beyond auto-enrolment. Informed by the Department for Work and Pensions, the Investment Governance Group, the National Association of Pension Funds (NAPF), the Association of British Insurers (ABI) and others, it has floated six 'principles', six 'good outcomes' and 36 'key features'.

Three of the six 'good outcomes' identified for both contract and trust-based DC pension schemes require members to make 'appropriate' decisions in relation to their contributions, investments and decumulation options. They also require that communications are designed to ensure informed decisions are made.

To risk stating the obvious, members cannot make informed decisions without being informed. There is a need for communication.

Something like this has happened before. In the mid-1980s, a Financial Services Act introduced a framework of regulation governing the marketing and selling of financial products.

A core part of 'compliant' selling was that when a member of the public bought a financial product, they did so from a position of knowledge: they were informed about it. The outcome of that requirement was ridiculous. Personal pension quotes ran close to 100 pages of densely packed type, showing projections on various basis, with health warnings, key features, possible outcomes and more.

This over-communication, like the jungle of road signs that existed in Makkinga, was counterproductive: it distracted, confused, and made a good outcome less likely.

Today we are at another watershed in the pensions world. The regulatory community has a real chance to influence millions of people's lives for the better. If they are to succeed, however, they must avoid at all costs the mistakes of the past - the trap of requiring the pension community to disclose endless tons of wasted, useless verbiage in the vain hope and mistaken belief that in so doing they will improve outcomes. They will not.

The most effective test of whether a decision has been 'appropriate' is to look at the results. It is not to look at the information given to the person before they make their decision.

As in Makkinga, good outcomes can be arrived at by controlling the urge to over-communicate. The UK pensions regulatory community should learn from its example. a

This article appeared in our November 2012 issue of The Actuary.
Click here to view this issue
Filed in:
11
Topics:
Soft skills