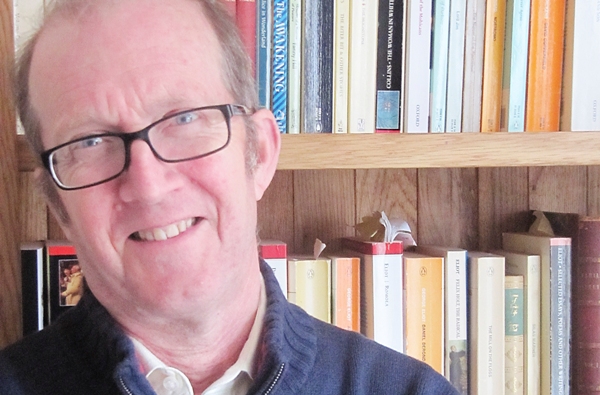 As a child, I saw the home service agent from the Pearl calling regularly at my parents' house, and the Pearl's life assurance paid off the Pearl mortgage when my father died aged 56. As a young married man, I arranged for 'the man from the Pru' (and in my case, it was a man) to collect the premiums for small policies for my children. In due course, he sold me motor insurance and then a self-employed pension when I became a partner in W Greenwell, stockbrokers.

As an analyst of the British insurance industry in the 1990s, I witnessed the men and women from the Pearl and the Pru first being hamstrung by regulation and then having their role terminated. At the time, I was concerned whether this was in the interests of the people they served and so a couple of years ago I began to investigate the issue.

My explorations took me into a wider consideration of how, and how well, the poor are being served now by the UK financial services industry. Eventually, I developed a set of views that I wanted to share with people with an active interest in this area.

My research brought out two major failures in the provision of financial services to people with limited financial resources: the disappearance of home-service insurance and the wasteful debacle that was stakeholder pensions. For a variety of informed commentators with an interest in how the poor are best served, there was (and remains) a consensus that home service was valued, is still potentially valuable, and indeed is one of the best ways of providing the poor with financial services.

However, government-inspired and regulator-imposed notions of 'fair treatment for all' drove up the costs of providing advice and collection to levels that meant home service was not viable.

In a similar way, the stakeholder pensions approach was doomed by egalitarian limits on charges. But, of course, for government, if financial service companies and consumers do not behave in the desired manner, there is always the option of compulsion. It will be interesting to see the ways in which the National Employment Savings Trust (NEST) disappoints consumers and embarrasses politicians.

My research also highlighted the role of government - both in initiating what became called financial inclusion and, most recently, in uprooting those initiatives on a change in power.

The Labour government, specifically Gordon Brown, was a champion of financial inclusion and major initiatives were led by the Financial Inclusion Task Force in areas such as basic bank accounts, free-to-use ATMs and credit unions. General insurance and life assurance were largely ignored, despite being on the wish-lists of the poor. The initiatives that did take place required substantial subsidies.

In some cases, these were supplied by the government but, otherwise, they were absorbed overtly or covertly by the banks - nagged into supplying services that they did not wish to provide, to customers they did not want. Without government subsidies and without continued governmental pressures, it seems probable that financial inclusion will wither. Underlying this is, of course, the apathy towards poverty in their own country felt by most of the British public. If the voters don't care, why should the government care?

My own belief is that a generally agreed proportion of GDP should be used to provide the poor in the UK with development finance, to be used in areas such as education, preparation for the workplace and the provision of financial services to assist them in dealing with the problems of poverty and to facilitate their progress out of poverty.

With rising and worsening degrees of people in poverty, the pressure for action to ameliorate the problem will intensify. Effective financial services for the poor will reappear on the government's agenda. The key is to find an approach that is effective and that will last - with cross-party support and public awareness and acceptance, and thus viability - through government changes and economic cycles.

Roger Harvey MA (Oxon), FIA, FCSI spent 35 years working in the City, predominantly as an analyst of insurance companies and insurance markets. His paper can be read in full at www.financialinclusionnow.org.uk
This article appeared in our March 2012 issue of The Actuary.
Click here to view this issue
Filed in:
03
Topics:
General Insurance