In which actuaries discuss ethics, executors and emissions 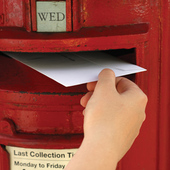 LETTER OF THE MONTH

A question of ethics?
Response to A. Higham, December 2011
Mr Higham questions the role of actuaries involved in advising on enhanced transfer values (ETVs). He rightly points out the deficiencies of the FSA rules that direct how IFAs must advise members and he advocates proper standards of advice being made available to members - I couldn't agree more. But he does not comment on the underlying issue - the amount of the base transfer value. This potentially raises even more professional and ethical issues for actuaries:

Would an actuary take a transfer value of their own pension on the terms and assumptions that they are happy to recommend to trustees?

- Do scheme actuaries tell trustees how poor they really think the transfer terms are?

- Do trustees tell members how poor the transfer terms are?

- Do actuaries believe that a member's statutory right to a transfer value (and hence ability to diversify a huge concentration of employer covenant risk) should be undermined by trustees' refusal to pay a fair transfer value?

- What about divorce cases, where there may be no alternative to a poor transfer value?

It surprises me that a desire by companies to enhance the terms offered by the trustees and scheme actuary causes the finger of suspicion to be pointed at employers and does not cause more scheme actuaries and trustees to question and be questioned on whether what they are offering to members in the first place is fair and reasonable.

The risks of mis-selling would be hugely reduced (and ETVs would cease to be an issue) if the terms advised by scheme actuaries and offered by trustees were fair value.
Charles Cowling
2 December 2011


Chronicle of a death foretold
When my executors notify you or your successor of my death (Letters, Celebrating Life, December 2011), they will include an attachment containing an obituary written by me. I am by far the best person to know what I have done in my life - my children certainly are not up to the task, and there is no one in the actuarial world who has a clue about what I did when, in 1966, I left the world of life assurance for the wider field. Moreover, in writing my own obituary, I can insert phrases such as "...much loved by everyone who worked with him..." in contrast to an obituary I once read, which began, "X was probably the most cordially detested person ever to have worked for...". I have not yet written my obituary; I am in no hurry to write it because I am not going to die until... erm...
Adrian Williams
15 December 2011


Home thoughts or abroad?
Jane Curtis's article (President's comment, December 2011) was not a comfortable read for me as a young UK actuary. I feel that the interests of UK members are being sidelined and that an international agenda is being pursued - again to their detriment.

Adding actuaries to the Home Office's shortage occupation list is a major development and, in my view, there has not been a proper debate or consultation with members. It will increase non-EU immigration, drive down wages and salaries for UK actuaries and restrict opportunities. If actuaries are in shortage here, then the profession should apply generous discounts for subscriptions and training as it does for 'special' overseas countries.

She reveals that more than half of SIAS's student membership is from overseas - this is a major change in the membership structure and likely to mean that the interests of UK members will increasingly be trumped.

As a result, I doubt that young UK actuaries will enjoy the job security, earnings and career prospects that previous generations have enjoyed.
David Thomas
4 December 2011

Cloudbusting
In the November 2011 issue of The Actuary, Geoff Dunsford comments that water vapour and clouds provide the main greenhouse effect. While this is technically true, it is also misleading. Water vapour does not linger in the atmosphere; any excess is rained away in a matter of days or weeks. Its quantity is therefore tied to evaporation rates, which depend mainly on surface temperature, so it mostly acts to amplify a pre-existing change in temperature - it is a 'feedback' rather than a 'forcing'.

From a policymaker's perspective, therefore, water vapour is really very boring. By contrast, carbon dioxide stays in the atmosphere for years, continually nudging the climate, and is easily added to by human activities. Of course, the water vapour feedback loop can amplify this so-called forcing effect, but the root cause of warming is the CO2.
There are many areas of climate science that are still being explored and, as risk professionals, it is important that we are aware of these limits on our knowledge. It is equally important that we do not misinterpret key facts and draw wrong conclusions.
Alex Labram
11 January 2012

Power struggle
When reviewing the updated allowed calculator list for the exams, I was surprised to see the appearance of the Casio FX-83. The Casio FX-85 is already present and is identical in function but not in power source. The FX-83 relies solely on a battery whereas the FX-85 uses both solar and battery. Assuming all exam venues are lit (if your venue is not, you have bigger issues than your choice of calculator), why take the poorer sustainability and additional risk of catastrophic failure?
James Beardwood
4 December 2011


The editorial team welcomes readers' letters but reserves the right to edit them for publication. Please email [email protected].