As the record-breaking Leonardo da Vinci exhibition draws to a close in London, up in Edinburgh there is still time to see a terrific retrospective of one of the most stylish British artists of the early 20th century. Usually viewed alongside that of the three other Colourists (S J Peploe, J D Fergusson and G L Hunter), the work of Francis Campbell Boileau Cadell has been granted a solo exhibition for the first time in 70 years.


The youngest of the Colourists, Cadell was born in Edinburgh in 1883. As a boy, he showed an aptitude for drawing and, in 1898, with the encouragement of his family, he moved to Paris to continue his artistic education. Returning to Edinburgh in 1902, he exhibited at the Royal Scottish Academy, with his first solo exhibition coming in 1908. Cadell's early works display an assured grasp of impressionist techniques, with Manet a clear influence. However, it is not until a painting trip to Venice in 1910 that his technique becomes freer and his palette brighter, as evidenced by the exuberant Florian's Café.


Setting up a studio at 130 George Street in Edinburgh, Cadell painted the walls lilac and the floors a lustrous black, and took great care over the furnishing of his quarters. Before the First World War and throughout the 1920s, most of his paintings featured his impressive studios, at times vacant and at times inhabited by an elegant female model (as in The Black Hat) or a still-life arrangement.


At the outbreak of the war, Cadell was rejected for military service because of his 'smoker's heart. In order to build up his strength, he worked on a farm in Dumfriesshire, and in 1915 he was successful on his second attempt to join the war effort. In 1920, he moved to 6 Ainslie Place, Edinburgh. The change of location heralded a quite dramatic change in technique, possibly motivated by an interest in the Art Deco movement. Innovative geometric arrangements and the use of brilliant colours led to striking paintings such as Interior: The Red Chair, while the flat application of paint in The Blue Fan gives the composition a disorientating two-dimensional effect.


In the summer of the same year, Cadell travelled with his friend Samuel Peploe to the island of Iona, in the Inner Hebrides. Although only three miles long and one mile wide, Iona's geological diversity, frequent changes in weather and numerous views provided plenty of stimuli for the two artists. They returned almost every summer, with Cadell acquiring the nickname of 'Himself' amongst the islanders.


Perhaps Cadell is best known for his 'Lady in Black' works, which often featured the sitter Miss Don Wauchope (as in Portrait of a Lady in Black). In one of his most ambitious paintings, Interior: The Orange Blind, Miss Don Wauchope, sporting glamorous furs, hooped earrings and a large black hat, is seated on a luxurious sofa, while a pianist plays in the background.


The economic downturn of the late 1920s meant that Cadell could no longer lead the lavish lifestyle suggested in many of his paintings. In 1928, he was forced to sell the lower four floors of 6 Ainslie Place. His financial difficulties may explain the relatively conservative direction of his work from this time; buyers did not always appreciate his more radical side. However, his interest in innovative composition remained, as demonstrated in the painting The Hall, Strachur.


The 1930s saw sales continue to dwindle (Cadell was forced to move house twice), but in 1935 he was elected to the Royal Society of Watercolours and a year later to the Royal Scottish Academy. By this time, his health had started to fail and on 6 December 1937 Cadell died, the cause being stated as cancer and cirrhosis of the liver. He was only fifty-four years old. In 1938, the Royal Scottish Academy held a memorial exhibition, a tribute repeated by the National Gallery of Scotland in 1942.


This exhibition is the first of the Scottish Colourist Series by the National Galleries of Scotland. S J Peploe and JD Fergusson exhibitions are scheduled for late 2012 and 2013 respectively, ensuring the Edinburgh winter remains a little less dour. 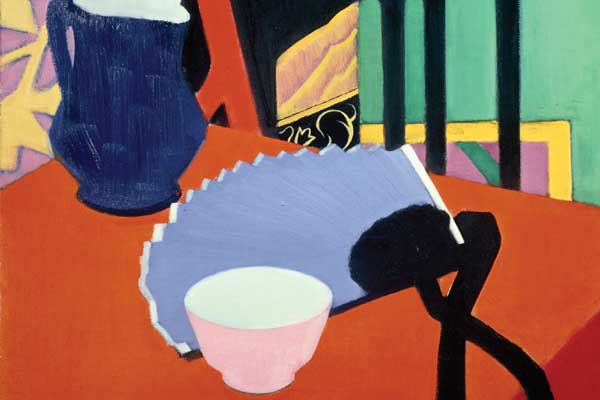 This article appeared in our February 2012 issue of The Actuary.
Click here to view this issue
Filed in:
02