Arts: My Week with Marilyn 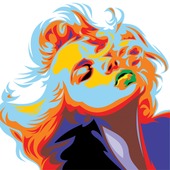 In the summer of 1956 a young man, newly graduated from Oxford, is assigned to work on a British film as a third assistant director. He keeps a journal of his days on set, dramatising the events of one week of his life during this period. So far, so ordinary, but a little more investigation reveals a film radiating with stars of stage, screen and literature.

The writer in question was Colin Clark, younger son of art historian, Kenneth ?(later, Lord) Clark and the brother of politician and infamous diarist, Alan Clark. Using his father's contacts and his talents of persistence and flattery, he was hired to work on the film The Prince and the Showgirl (1957). To say it was a stressful shoot, would be an immense understatement.

The most distinguished actor of the day, Sir Laurence Olivier, took on the lead role of the Prince and that of director, with ?Marilyn Monroe cast as the showgirl, supplanting Olivier's then wife, ?Vivienne Leigh, who had assumed the role in the original play. In 1956 Monroe was undoubtedly the world's most famous ?movie actress. She was also something of a mystery  although outwardly happy, she remained vulnerable, insecure and neurotic. Months earlier she had belied her 'dumb blonde' status, by marrying the acclaimed intellect and playwright, Arthur Miller. Clark is given the responsibility of attending to Monroe's every need that included a magnificent manor house in Surrey placed at their disposal  together with a security guard and driver  during the four months of filming.

Olivier co-produced the film with Monroe and initially had high hopes for the partnership. His view quickly soured as Monroe consistently failed to turn up on set on time, remember her lines, follow her cues or take his direction. She relied instead on her own drama coach, Paula Strasberg, a disciple of the method school of acting of which Olivier had little patience. When asked for her motivation in one particular scene, Olivier is famously quoted as telling her: "To finish it without fluffing your lines, darling  and try to be sexy." Co-star Dame Sybil Thorndike took Monroe under her wing, frequently rebuking Sir Laurence for his bullying tactics. Olivier was presumably unaware of Monroe's fragile state following a suspected miscarriage, the departure of Miller abroad and the discovery of a diary entry of his in which he complained of being disappointed and embarrassed by her in front of his friends, thus confirming one of her greatest fears.

Clark's diaries chart the growing friendship between the lowly assistant and the glamorous actress culminating in a week where he helps Monroe escape from the pressures of being a Hollywood icon, introduces her to the delights of England and hints at more than a touch of intimacy.

My Week with Marilyn is itself bursting with acting talent. Oscar-tipped actress Michelle Williams plays Monroe, nobly gaining weight in an attempt to mimic Marilyn's generous curves. Kenneth Branagh is cast as Olivier, with Judi Dench as ?Dame Sybil Thorndike. Other cast members are equally impressive, including ?Emma Watson, in her first film since the Harry Potter series, Eddie Redmayne playing Colin Clark, and a starry ensemble including Derek Jacobi, Zoë Wanamaker and ?Dominic Cooper. ?

My Morning Jacket  ?a perfect fit

?"America is a lot closer to getting its own Radiohead, and it isn't Wilco." So went ?Rolling Stone's bold pronouncement upon the release of My Morning Jacket's 2005 album, Z. ?The record saw the band add a new level of sophistication to their already powerful template of southern rock melodies allied to a golden-voiced lead singer in Jim James. ?Z received an A+ from most critics and set huge expectations for the Louisville outfit's next release. When this  Evil Urges  arrived in 2008, fans and critics alike couldn't figure out if it was a step forwards or backwards. More than anything the album betrayed an identity crisis  apparently not wanting to be pigeon-holed as a jam band, the group were now trying out new guises ranging from Prince-style funk to '70s soft rock.

On this year's offering, Circuital, ?My Morning Jacket sound like their old selves. Indeed, the album feels like a ?best-of album, with the closing pair of ballads revisiting some of the more spine-tingling moments of At Dawn (2001), ?while the title track recalls 'One Big Holiday', from It Still Moves (2003), in its slow build towards a euphoric guitar breakout.

Epic is the term invariably ascribed to ?My Morning Jacket's live shows, while careless might be the appropriate term for anyone who misses them.

My Morning Jacket tour the UK in November. See www.mymorningjacket.com for details.