Soapbox: From tents to Tahrir Square 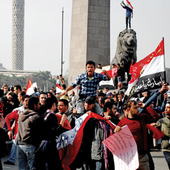 At 03:02 on 17 August 1999, the Pirelli industrial plant in a suburb of Izmit, Turkey, was hit by a magnitude 7.6 earthquake. Part of the original production building collapsed, and critical production machinery and equipment were destroyed or severely damaged. Two workers died in the plant, and others died elsewhere or were injured when their homes collapsed. Employees lost family and friends.

Many of the staff left homeless could only survive by going to relatives in remote areas of the country, so we had to deal with this issue before we could begin restoring production. Within five days, Pirelli had erected a tent city on a football pitch three kilometres from the factory for its employees and 600 other citizens of Izmit.

Earlier this year, we had a different scenario. We decided to evacuate our expatriate staff from our plant in Egypt during the political unrest. We had not long finished our business continuity plan, and fortunately it worked very well. At the same time, our industrial sales were affected during the second quarter as a result of the slowdown of economic activity in Egypt and elsewhere in North Africa.

These two cases illustrate the complexity of managing business interruption, from the human dimension to the financial impact. Our supply and distribution chains can be disrupted by a natural disaster ?in a distant part of the world. In the last two years, we have seen an extraordinary level of natural catastrophes  ?Munich Re estimates economic losses for the first half of 2011 alone at $265bn. Widespread civil disturbances can create a big drop in demand. We also have to keep in mind the ever-evolving threat from cyber risks.

For a global company, the direct financial impact from property damage is rarely material at group level, except at its most extreme. In any case, insurance for these risks is generally abundant and, except in the most exposed territories such as Japan, the prices are quite stable. The consequences of a breach in the supply chain or loss of a market are different. It can have a serious impact on the company's revenue and, longer term, on its competitive position. Especially if it happens at a time when ?stock markets are already nervous, the company's reputation is likely to suffer.

At the moment, we do not have insurance solutions that match these exposures. Traditional business interruption insurance requires that we suffer some physical damage to our property, and this is not necessarily what happens. Businesses in ?New Orleans were bankrupted after Hurricane Katrina in 2005, not because they had been flooded but because their customers had fled, for example.

Gradually and cautiously, the insurance market is producing non-physical damage or contingent business interruption policies, but their value so far is limited for us.

The proposal will be demanding to prepare and the cost is likely to be comparatively high because the market is small and there is little claims experience for rating. More important, however, is that they will probably require that there is an insured loss in the chain, such as a fire at the supplier's factory, to trigger the claim.

The policy is unlikely to respond if we simply cannot deliver our goods because an earthquake has cut off power supplies, floods have washed out bridges or a fungus has infected a critical natural component.

The Federation of European Risk Management Associations (FERMA) represents over 4,000 commercial insurance buyers and risk managers in 19 European countries, and we are hearing from members that they want solutions that will enable them to manage the financial implications of such breaches in their supply and distribution chains.

We understand why insurers are cautious, but we believe there is room for innovation. For our companies, we go through a whole risk management process of identifying, quantifying and mitigating the supply chain risks first, so we know there are techniques for assessing the risks. If insurers feel they cannot underwrite contingent business interruption without taking unacceptably broad exposures, then we would welcome ideas for other techniques.

Managing today's complex business interruption risks demands bringing together awareness of the human impact through the whole range of potential consequences to sophisticated techniques for measuring the financial exposures and, we hope, finding methods of mitigating them.

This article appeared in our November 2011 issue of The Actuary.
Click here to view this issue
Filed in
11
Topics
Risk & ERM