In which actuaries discuss mis-selling, mistiming and misinformation 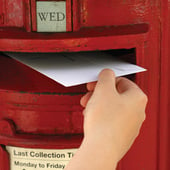 Letter of the month: Celebrating life

I write having read October's social news column at a friend's house who is an actuary. After more than 20 years in media from print, to TV and film I am astonished and saddened to see the treatment of your obituaries. Four young actuaries have passed and all that can be said was their ages. I think greater effort should be made to celebrate the professional and personal life achievements.

With thanks for this comment. We rely on the contributions of readers  indeed, family and friends  to provide us with information on the lives of those departed. We have limitations on space in the printed version of the magazine, however, we aim to carry what we are able and place the remainder on our website with a notice in the magazine for readers' benefit. Those sending in notifications of death to the Profession are invited to accompany them with obituaries.

My installation speech was designed to give the historic background of livery companies and where they stand today, and should be judged on the entirety of the message rather than a brief précis. Likewise, it did not set out any change to our aims or objectives in any way.

It is a matter of historic fact that groups of craftsmen tended to settle in close-knit neighbourhoods in medieval London, and in those days the church was a central part of life. These craftsmen formed their own livery companies and it was natural that they had their own guild or livery churches, usually their local ones. The ancient livery companies still have their livery churches and modern ones, including the Worshipful Company of Actuaries, have them, too.

In my speech, in which the section on the church was one of several sections, I stated that we welcome all religions and this is reflected in the way we operate. We do not ask about and in no way discriminate against religious beliefs  or lack of them  when actuaries seek admission to the Company.

The Worshipful Company continues to welcome actuaries from all walks of life and from all religions or none.

A question of ethics

There is an increasing number of companies that sponsor defined benefit pension schemes running 'member inducement exercises'. These exercises have the common feature that the member is offered cash up front in return for a poorer value pension. The regulators have made clear their distaste for such schemes. They are growing with the support of actuaries within the leading corporate pension practices.

Independent financial adviser (IFA) firms  some are divisions of firms employing experienced actuaries  ?are advising members on these deals. ?The number of people being recommended to take up these offers is alarmingly high. In my opinion, this is another mis-selling scandal in the making. The IFA advice standards generally used are not good enough.

I ask all actuaries involved in these exercises, in whatever role, to consider the following question:

Are the actuarial assumptions and approaches used by the IFA firms to illustrate the range of outcomes for a member accepting an 'enhanced transfer value' fit for purpose? Would you want your mother or father advised in such terms?

My answer is, unequivocally, 'no'. ?This is an open invitation for anyone in the profession who would like to defend the standards of advice to do so.

If we agree that the advice standards are poor then these member inducement exercises are extremely misleading to vulnerable members. There is an ethical issue, if not a professional standards issue, for actuaries and the profession to consider here. Can a scheme actuary stay silent on this issue when these exercises are being run by the employer with the trustees' support?

I don't advocate banning these exercises. We should instead insist on proper standards of advice being made available. If people ?want to take cash now and have a poorer pension then I, for one, don't want to stop them. I just want them to know that is what they are doing.

The decision to release the CA1, ST and SA exam results on the 23 December is a cruel blow to actuarial students everywhere. Christmas spirit must have been amiss when the last Friday before the festive weekend was selected to release what could potentially be the last exam result ever received.

Although many will be delighted with the outcome and can have a relaxing, celebratory weekend, spare a thought for the many disheartened  with particular focus on any male who has yet to begin their festive shopping (which is, of course, started on Christmas Eve).

If anything positive can be said about this unfortunate date, it is that after much merriment and overindulgence across the four-day weekend, no-one will remember who sat which exam in the first place. Good luck to all, and to all a good Christmas.

In your September 2011 edition, you have a small article that says that 20 year-olds are three times more likely to reach 100 than their grandparents. If you read the entire report, it tells you the following: If you put 100 people aged 0 to 99 on a stage (and thus 100 birth cohorts) the person with the lowest probability of surviving to age 100 is the 84 year-old. Wow, that sure boggles my mind.

In light of the addition of actuaries to the UK's shortage list, will the Profession continue to offer non-EU members huge discounts on subscriptions, exam fees and exam materials? The rationale offered for the discounts is that the UK profession wants to develop abroad.

For consistency, fairness and in the spirit of Equality Act 2010, the Profession should offer those discounts here in the UK to encourage the training of more home-grown actuaries to combat our shortages. It is improper for us to take actuaries from non-EU countries with shortages of their own.

I refer to the editor's interesting interview with Michael Sippitt, reported in the September 2011 edition. Among other things she noted that "The issues highlighted with climate change and the environment are sometimes dismissed by sceptics as scaremongering". She then asked Michael: "Can you illustrate some statistics that will be of relevance to all?"

I do not wish to nit-pick Michael's answers to that question, which might have been somewhat off the cuff, but would rather focus on his answer to the next question which could be seen as related to it: "What role do you believe actuaries can play in this area? And the public at large?"

Perhaps the first step is to note Michael's recognition that "we can't prove beyond doubt that human activity is responsible (for climate change)". The scientific understanding has changed considerably since the 1990s when the globe was clearly warming and rises in greenhouse gas CO2 concentrations, caused by human activity, appeared to be the culprit. Since 1998 the global temperatures have plateaued, despite the continued rise in CO2 levels, thereby giving rise to reasonable scepticism of humans causing the (earlier) warming.

In addition the world now recognises that water vapour and clouds provide the main greenhouse effect. Sea levels have not risen as forecast, attaining a global average of just 17cm over the 20th century* (about the height of a beer glass), arguably reflecting the thermal expansion effect of the 0.5 degrees temperature rise over that period.

The science (of dangerous human induced global warming) is clearly not settled, with the Royal Society's statement last year drawing attention to the unknown impact of certain known factors and even expected "unknown unknowns". It is good to see Michael's call for "a full and holistic approach to analysing the risks of climate change".

At the present time discussion has become polarised. Warmists accused of being "alarmists" are on one side, and sceptics accused of "denying any climate change occurring at all" are on the other, with each group bent on destroying the other's arguments without considering them (or simply arrogantly dismissing them).

I suggest that the time has come for each side to listen to the other, and for research to continue to improve overall understanding - of climate science, environmental effects of continuing rises in CO2 levels (positive as well as negative), and the development of efficient renewable energy.

The effects of climate change vary in different parts of the world. Consequently we should be circumspect in 'cherry-picking' 'evidence'. The north polar region has warmed by 1.6 degrees since 1979 when satellite readings became the most reliable way of measuring global temperatures. Doubtless this warming has been a major influence in reducing the volume of ice (but which has probably had some environmental and commercial benefits). The south polar region (which contains 10 times as much ice as the Arctic Ocean and under Greenland) has only warmed by 0.5 degrees, which seems consistent with reports of little change in the overall volume of ice there.

With the changes in the understanding of the science over the last 15 years, it may well be more important now to focus world attention on adaptation to negative impacts of climate change where they occur in the world, rather than the uncertain impact of broad worldwide mitigation actions.

Actuaries can play their part by accommodating a wider agenda for our Resources and Environment Group along the above lines.

In addition we should emphasise the danger of giving too much credence to long-term climate forecasts based on models - particularly where all the factors are not fully understood - and ensure that our clients appreciate that even the "probabilities" often put forward are subject to the model.

PS. A recent newspaper report noted the discovery of two new rock frog species in the Cape York rainforest. This increases the number of frog species in Australia to 231, with 18 found in the last decade. This reminds us that natural evolution results in new plant and animal species as well as extinction of others.

The value of endowments

The following is a quotation from The Actuary, November 2011 issue, Third SFRA Colloquium. "Customers would therefore have risk transferred to that, exacerbated by governments' reluctance to take this on."

This sentence seems to be intractable. Possibly "that" should read "them". Perhaps it should be "government's" - at the national rather than the international level. Nevertheless the drift is clear. The premiums are cheap with no guarantees.

This is precisely my contention about endowment mortgages. The policeis are "low cost" with the consumer carrying the risks. The policies are certainly high risk, as there is only a 50% chance of repaying the mortgage in full, if premiums are not increased (Tribunal case of 2004; Legal & General vs FSA).

I would add that the industry seems to have ignored the conclusions of the Actuarial Endowment Mortgage Working Party of 1999. These are that the endowments are poor value at short terms and/or if the reduction of yield for expenses is high. Furthermore, the prospective policyholder should be explicitly warned, if the premium interest basis is more than the middle interest rate used for the illustration. For instance if the illustration rates are 4%, 6% and 8%; the prospective policyholder should be explicitly warned of the shortfall risks, if the premium basis is 6.5%.

This article appeared in our November 2011 issue of The Actuary.
Click here to view this issue
Filed in
11
Topics
Careers