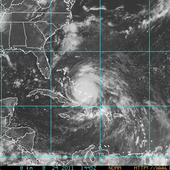 C-ROADS doesn't present itself as a computer game, but underlying its graphs and sliders is a serious challenge: designing CO2 emissions policies to find one which can keep global warming to less than 20C.

C-ROADS stands for Climate Rapid Overview and Decision Support. It has been developed by Climate Interactive, Ventana Systems and the massachusetss Institute of Technology to give governments and decision makers a common tool to analyse the effect of their emissions policies.

The full version can model the emissions of up to 15 global negotiating blocks but a simpler version with three blocks ("C-LEARN") is available online for free. The model includes factors of forestation, the carbon cycle and cycles for other greenhouse gases and for a given set of emissions targets, projects a range of statistics like the mean global temperature, sea-level rise and concentration of CO2 in the atmosphere.

Like all actuaries I enjoy playing with models, so I acquainted myself with some of C-LEARN's features. The greatest shock is that the scenarios it presents are pretty disturbing.

The tool is calibrated to the reference scenario for emissions published by the Intergovernmental Panel on Climate Change (IPCC) and so are widely studied. Even so, the difficulty in forming policies which contain the global average temperature rise to only 20C is really alarming. The 20C target is intended to be a "guardrail" level of warming in that above this level, the risk of catastrophic effects such as rapid species extinctions and drought, hunger and flooding are expected. The obvious conclusion from the model is that severe cuts in emissions are required, and required now to prevent an unacceptably high risk of the worst consequences occurring.

Of course we can criticise the maths behind the simulation (the website hosts their 77-page reference guide for the interested) and relying on a single simulated view of the world would be naïve. Nevertheless the simulation seems to deliver a clear message and one which is being heard at the heart of the international debate about climate change and CO2 emissions. So why is the severity of this message not more widely known?

Perhaps it is because there are few ways to play with climate change models in a fun way. C-LEARN isn't a computer game but maybe if it was it could engage more people with the inevitable conclusion that emissions should be cut dramatically. After all, this is the only way to win the game.

We all enjoy games of all kinds and many serious games tie in real-world objectives from folding proteins, getting fit and, of course, education of a wide range of topics.

The BBC's "Climate Challenge" game puts you in the hot-seat as a politician trying desperately to balance emissions, food, water, energy and fiscal policies, whilst remaining popular with the voters. But this game doesn't link emissions to the climate change they produce, so whilst giving you an appreciation of the impossibility of politics, it doesn't present the dire consequences of failure that C-LEARN does.

Similarly the Department of Energy and Climate Change has produced "My2050" which, though beautiful, leaps to the year 2050 with only a single set of policies.

Maybe there is a need for games linking climate science and policy so more people can play and form a real understanding of the issues.

This article appeared in our November 2011 issue of The Actuary.
Click here to view this issue
Filed in
11