In which actuaries discuss run-outs, religion and risk-return relationships 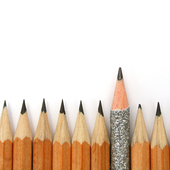 Letter of the month: Risk and return

Forty years ago, Frank Redington commented that the UK economy's self-balancing capacity had been lost due to the emergence of "herds of elephants" on the economic ship that previously only contained "millions of mice" (Words and Numbers, 27 October 1972). ?Were he alive today, he would be surprised to see how the economies of the world have fairly successfully survived the invasion of ever larger herds, especially now that governments have joined economies to such a large extent.

My question for our actuarial enterprise risk and reward management experts is: have we yet hit a point of no return? Can we really expect our economies to re-balance in a manner similar to the past? Has the risk-return relationship fundamentally changed?

Frank Redington at that time said "it is too late by 40 years to try turning the clock back". We have "herd-like" governments trying to co-operate and rebalance a lopsided free enterprise capitalistic world economy. Has there now been a fundamental change?

I congratulate the new Master Actuary on his recent installation, and wish him and the Worshipful Company of Actuaries the very best for the forthcoming year. However, I was disappointed to read that he believes that livery companies depend on, among other things, the church.

Actuaries are modern professionals. ?We come from all walks of life, from many countries, and represent a range of faiths (including those of no faith). Our fellow professionals, our colleagues and, just as importantly, our clients will each have their own beliefs, and all of us should support the fundamental right for people to hold those beliefs. But, in an increasingly diverse world, is it right for a noble institution  which otherwise has such honourable secular aims  to get into the business of endorsing the Christian religion over other religions ?(or none)? Would not a secular approach ?be more inclusive?

The first article I read on coming out from hospital was that by Garth Lane in the August edition of The Actuary. Admittedly, I had a stroke rather than coronary heart disease (CHD), but the doctors decided, as usual, to prescribe statins. It is a pity that an actuary could not fit a curve to Figure 2 even when ?population-weighted, but is it so wrong  despite the numerous other factors  to read into higher CHD deaths being related to higher fat calories in the general appearance of the plots? Am I avoiding 100% of unknown side effects by not taking statins ?(I am 80 this year)? Guess!

In response to Anthony Pepper's musings on strategy for a Twenty20 cricket captain, I'm afraid there would be an array of rather simple counter-strategies for the opposition  with both captains then being held in violation of the 'spirit of the game'.

Technically speaking, MS Dhoni did ?not request that Bell be given not out. ?Rather, he withdrew his team's appeal for ?the run-out leading to Bell being reinstated. In accordance with the laws, a batsman can only be dismissed if he is given out by an umpire upon appeal by a fielder, but this ?does not prevent a batsman who is out ?under the laws from leaving his own wicket. For example, generally a batsman whose stumps have been clean-bowled does not wait to be given out by the umpire before departing for the pavilion, although technically he could stand his ground and wait for an appeal if he chose to.

So, if it became evident that the fielding team were not appealing for wickets (and dropping catches) in order to keep slow-scoring players at the crease, an appropriate response from the batsmen would be to run, and continue running until such a time as the fielding side are forced to run one of them out. The batsman then leaves his wicket  with or without an appeal  and the next comes in.

One alternative would simply be for the slow-scorer's captain to instruct him to retire, although the former would be a rather better test of the fielding team's resolve.

I read media reports almost every day about the dire funding position of UK pension schemes driven by increasing liabilities and their inverse relationship to gilt yields. ?The Actuary itself reports that "industry experts warned the Bank of England not to buy more gilts as this pushes down gilt yields and increases pension scheme liabilities". Does it really make any sort of logical sense that the cash contribution requirements ?of a pension scheme should automatically launch into the stratosphere because the ?Bank of England is engaging in another bout of quantitative easing?

If, as actuaries and pensions spokespeople, we are leading our clients and the public to mindlessly chase gilt yields into oblivion, are we any better than lemmings careering over the edge of a cliff?

The deadline for receiving letters for the December issue is 11 November 2011.

This article appeared in our October 2011 issue of The Actuary.
Click here to view this issue
Filed in:
10