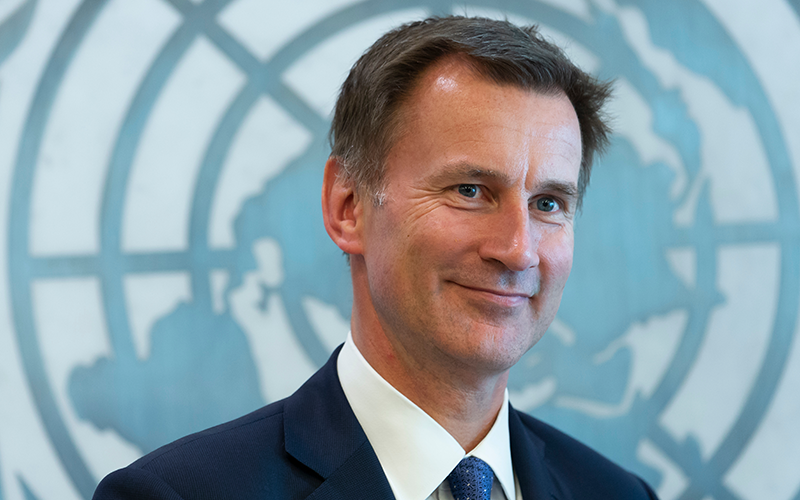 New chancellor Jeremy Hunt has refused to confirm whether the state pension will be uprated in line with the triple lock, as the latest figures reveal that inflation has hit a 40-year high.

The triple lock guarantees that the state pension rises every year by the highest out of inflation, earnings or 2.5%. The latest inflation figures from the Office for National Statistics reveal that the Consumer Prices Index rose by 10.1% during the 12 months to September, up from 9.9% in August.

Speaking in the House of Commons following his reversal of the mini-Budget, Hunt said he would not make “commitments on any individual policy areas, but every decision we take will be taken through the prism of what matters most to the most vulnerable”.

Abandoning the triple lock would leave around 12 million pensioners facing a real-terms drop in their incomes next April. An announcement is expected to be made as part of the medium-term fiscal plan on 31 October.

The triple lock was suspended for 2022–23 after the COVID-19 pandemic led to an unusual 8% rise in earnings, but the government pledged to apply it for 2023–24. Prime minister Liz Truss had said she was still “committed” to it during the Conservative Party conference, and the party’s 2019 manifesto also pledged to “keep the triple lock”.

Aegon pensions director Steven Cameron said that reneging on the triple lock for another year and opting for an earnings-linked increase would save the public purse £4bn–£5bn per year, but ministers will be weighing up pensioners’ reactions in the run-up to the next election.

“Right now, state pensioners remain totally in the dark and will be on tenterhooks as we all await an official announcement,” he added. “The government has said its latest tax u-turns aim to create confidence and stability, so we’d urge the chancellor to offer this to the many vulnerable pensioners by including a final decision in his 31 October fiscal statement.”

Canada Life technical director Andrew Tully said the chancellor faces “a monumental task in trying to balance the books”. He added: “If the triple lock is ditched for a second year in a row, this flip-flop on policy effectively breaks the promise, and the government will need to find a way to try and appease a core part of the voting electorate.”

XPS Pensions Group senior consultant Charlotte Jones said that most defined benefit pension schemes “are doing well despite the market turmoil brought on by the mini-Budget”, estimating that schemes currently have more than £160bn of surplus funds following the recent sharp rise in gilt yields.

“With schemes’ funding improving during a cost-of-living crisis, pensioners of defined benefit schemes may ask whether those excess funds could be used to help them pay their bills this winter,” she argued.

Robert McInroy, head of LGPS clients and markets at Hymans Robertson, said that funds will need to closely examine their evolving cashflow requirements. “The largest risk for most funds might stem from inflation remaining higher for longer and the challenge to earn a long-term rate of return above inflation,” he added.