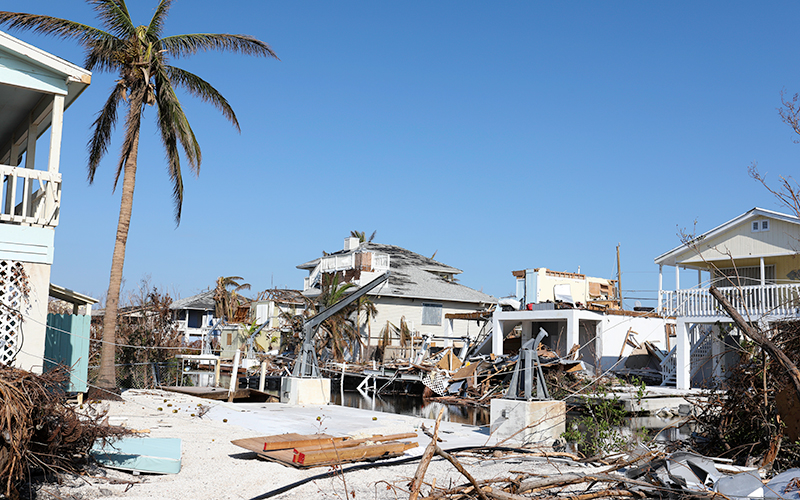 High interest rates and the hurricane season are pummelling global reinsurers’ profitability and leading a massive drop in their incomes.

Credit ratings agency DBRS Morningstar said global reinsurers performed significantly worse in the first half of 2022 compared with the same period last year with a 72.2% drop in net income.

Reinsurers income stood at $2.1 billion in the first half of this year compared to $7.6 billion for the first six months of 2021.

However the agency said global property and casualty reinsurers report “strong underwriting profitability” for the first six months of this year due to consistent premium rate increases and lower insured natural catastrophe losses. But it warned this could be affected by the current hurricane season.

The agency said last week that the economic costs of Hurricane Ian, which devastated parts of Florida and hit South Carolina, is likely to exceed the $50 billion caused by Hurricane Irma five years ago. As well as property damage, it expects a significant number of business interruption claims after large-scale hospitality activities in coastal Florida and around Orlando were severely affected.

“Power outages are also widespread with 2.6 million customers without electricity,” the agency said. “Because of the massive scale of the risk exposure to tropical storms in Florida, multiple state and federal government programmes supplement insurance coverages, which can be difficult to obtain especially for flooding.

“Even with these programmes, significant gaps in coverage remain and the victims of the disaster will bear a large portion of the costs.”

DBRS Morningstar also warned that property and casualty insurers in Florida face “substantial losses” from Hurricane Ian of between $25 billion to $40 billion.

In August, Swiss Re Institute revealed that the global insurance and reinsurance industry faced losses from natural catastrophes of $35 billion in the first half of 2022.