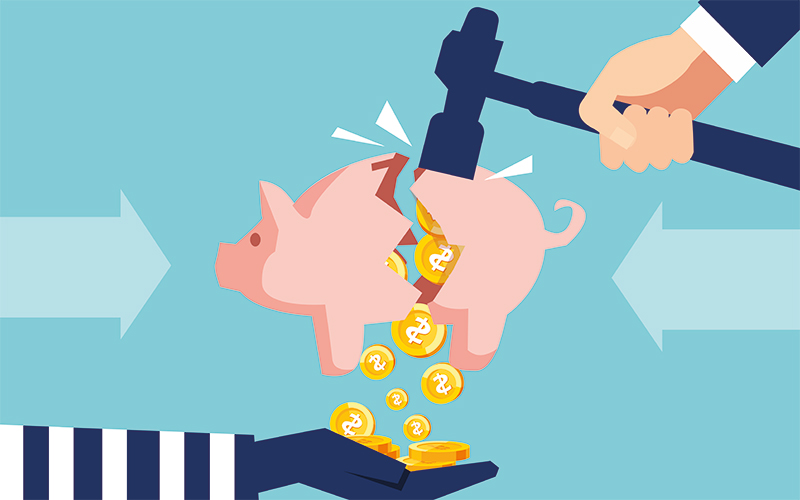 A quarter of consumers would withdraw pensions savings earlier to cover the cost of living, making them vulnerable to scammers, according to the city regulator.

The Financial Conduct Authority (FCA) has launched a campaign aimed at giving consumers the knowledge and tools to avoid pension scams. People who withdraw their pensions savings early are particularly vulnerable to “misdirection” scam tacts, it warned.

The watchdog said scammers are distracting victims with the promise of higher returns, preying on money concerns, or building up trust. In one case, a 58-year-old woman, who was looking after her terminally ill mother, was cheated out of £45,000 after scammers conned her into investing in a long-term hotel build in the Caribbean, it found.

The ScamSmart campaign and website includes a warning list urging consumers to check before making any decision about their pension and help identify firms that are running scams.

A survey by the FCA of more than 1,000 people aged 40 and over with workplace and private pensions found that 44% would take up the offer of a free pension review – a classic distraction tactic.

Concerns about having enough money to last throughout their retirement are also making people vulnerable to the lure of boosting pension returns, with 17% of over 65s who are still in work simply because they cannot afford to retire on their current pension. More than a third - 37% - are not confident they have enough in their pension to last their whole retirement.

A total of 46% of people would also be reassured if a potential scammer getting in touch out of the blue could show them third-party verification such as a separate individual who can falsely vouch for them while 31% would be encouraged  by positive reviews of their service even though scammers are becoming increasingly skilled at producing fake websites and brochures.

“Like the magician’s trick, thousands can disappear in seconds, but this time the consequences can be devastating ones.”