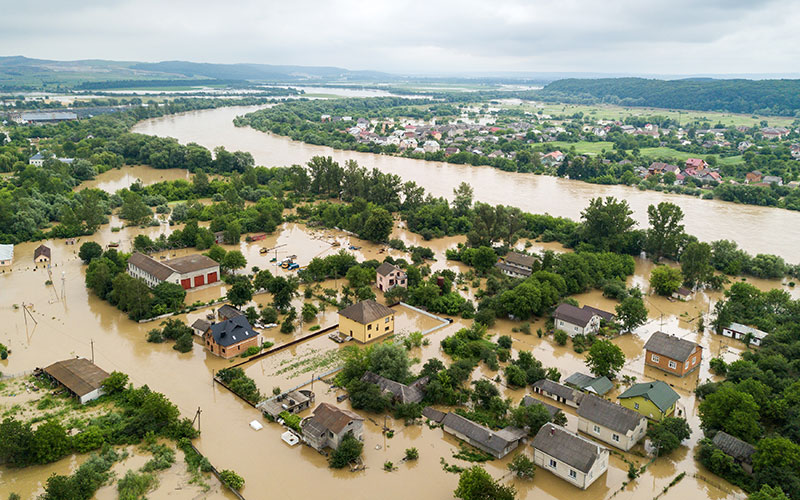 Unprecedented flooding in Australia and South Africa saw total insured losses from natural catastrophes reach $35bn (£29bn) in the first half of 2022, Swiss Re has found.

This is 22% above the average recorded over the past 10 years, while man-made events triggered an additional $3bn in insured losses.

The findings also show how, in February and March, torrential rains led to widespread flooding in Australia, setting a new record for flood losses in the country at close to $3.5bn so far.

For the insurance industry, this is one of the costliest natural catastrophes ever in the country and the costliest event globally in the first half of 2022, in terms of insured losses.

Floods in South Africa, as well as in India, China and Bangladesh, further confirmed the growing loss potential from floods in urbanised areas globally.

Martin Bertogg, head of catastrophe perils at Swiss Re, said: “The effects of climate change are evident in increasingly extreme weather events, such as the unprecedented floods in Australia and South Africa.

“This confirms the trend we have observed over the last five years, that secondary perils are driving insured losses in every corner of the world. Unlike hurricanes or earthquakes, these perils are ubiquitous and exacerbated by rapid urbanisation in particularly vulnerable areas.

“Given the scale of the devastation across the globe, secondary perils require the same disciplined risk assessment as primary perils such as hurricanes.”

Its findings show that the global average temperature for June 2022 was about 0.3°C higher than the 1991-2020 average, making it the third warmest June on record.

The warming climate is predicted to exacerbate droughts and wildfire in Europe, potentially adding to insured losses later this year.

Jérôme Jean Haegeli, Swiss Re’s group chief economist, said: “Climate change is one of the biggest risks our society and the global economy is facing. With 75% of all natural catastrophes still uninsured, we see large protection gaps globally exacerbated by today's cost-of-living crisis.

“Partnering with the public sector, the insurance industry is critical for strengthening society's resilience to climate risks, by investing in and underwriting sustainable infrastructure.”