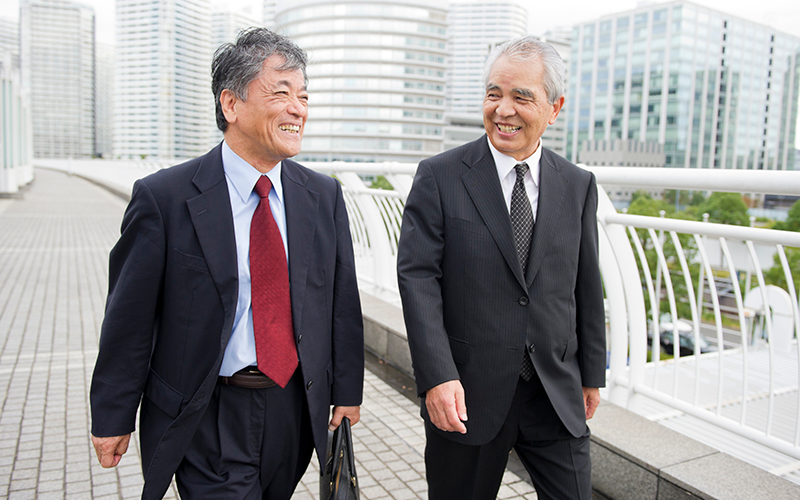 The Japanese government should do more to support older workers in the country, with almost half of the workforce set be aged 50 and over by 2035, a think thank has suggested.

In a recent report, the International Longevity Centre UK (ILC-UK) explains how 79% of Japanese people aged 50-64 were employed in 2018, and if trends continue, claims that 47% of the workforce could be aged 50+ within 13 years.

Older people are also dominating consumer spending in Japan, with more than three in five Yen in the economy spent by older households in 2015.

Furthermore, those aged 65 and over spend 12 more hours a year volunteering and caring for loved ones in their household than people at other ages, on average. If remunerated, this would equate to 1% of GDP – just under a third of what Japan spends on education.

However, the report argues that older people’s contributions could be much higher with better support for healthy ageing and longer working lives. Looking at the G20, the research reveals that older people work more, spend more and volunteer more in countries that spend more on health.

“Given the speed at which Japan is ageing, there is an opportunity for the government to position itself as a global leader in responding to the impacts of an ageing society,” said David Sinclair, chief executive of ILC-UK.

“We need to support people to stay healthy throughout their lives, strengthen incentives for older workers, ensure good job and training opportunities and promote better work choices for workers throughout their careers.”

Japan is one of the few ‘super-ageing’ societies across the world, with 47% of the population already aged 50 and over, which is set to increase to 54% by 2035.

ILC-UK's report also highlights how increasing preventative health spending by just 0.1 percentage points is associated with a 9% increase in annual spending by people aged 60+ in the G20, and 10 more hours of volunteering from each person this age.

It calls on the Japanese government to invest more in preventative health interventions, such as vaccinations, screenings and management of disease, alongside greater support for older people’s paid and unpaid contributions.

“The COVID-19 pandemic has created an exceptional opportunity for society to further prioritise health and act to support older people,” Sinclair continued.

“Amidst the devastation it has caused, it has shown us how our economies are linked to health and exposed the dangers of under-investing in prevention. Let’s use this shift in mind-set to commit the funds today that we’ll need to realise a longevity dividend tomorrow.”