Investing in health could boost US GDP by 4% 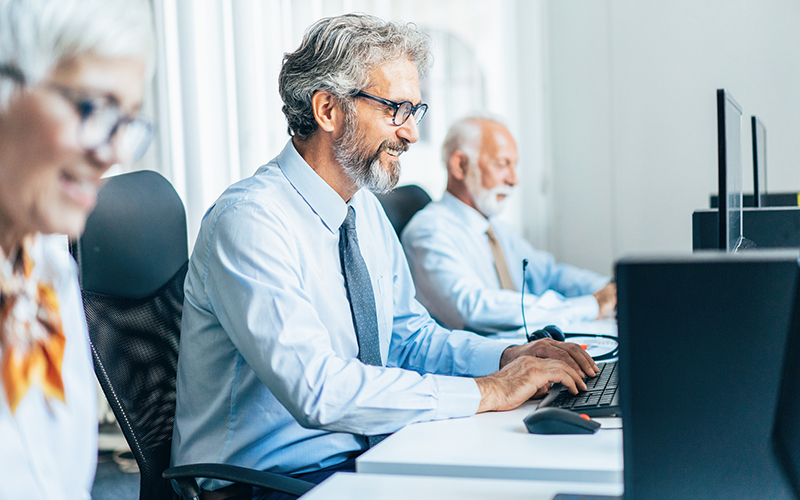 The US could enjoy a 4% gain in GDP if the government were to invest more in preventative health interventions that boost the employment rate among older workers, research suggests.

In a report published by the International Longevity Centre UK (ILC-UK), the researchers explain how 34% of the US labour market is currently aged 50 and over, and claim that this could rise to 42% by 2035 with the proper support and incentives.

This would involve increased investment in health interventions like vaccinations, screenings, early detection and management of diseases, along with more support for volunteers and caregivers.

In 2018, workers aged 50 and over generated nearly two in every five dollars earned in the economy, accounting for around 15% of GDP.

However, if the employment rate among this age group were raised to levels seen in Iceland, the findings suggest that the US could see a $703bn (£580bn) increase in GDP, which is more than the country currently spends on defence.

With employees planning to leave their jobs in record numbers worldwide, the report warns that employers and government will fail to realise a “longevity dividend” if they do not do more for workers of all ages.

David Sinclair, chief executive of ILC-UK, said: “The Great Resignation is not purely a result of the pandemic. Countries have long failed to adequately respond and adapt to an ageing workforce.

“As people live and work for longer, the government will have to innovate and think about how to foster health and wellbeing, flexibility and skills to create a workplace that works for the future.

“If we continue with business-as-usual, we will see huge shortfalls hitting all sectors of the economy. Building back better means bringing people of all ages with us.”

The report also highlights how, in the US, people aged 65 and over spend 10 more hours caring for loved ones than people at other ages, and if remunerated, this would account for nearly $60bn annually.

At the same time. spending by older households by people aged 50 and over averaged 20% of GDP in 2015, on aggregate amounting to $3.6trn – more than the GDP of Germany.

The report explains how these contributions could be much higher if avoidable barriers to working and spending were overcome.

When comparing the world’s largest economies, it reveals that, in G20 countries, increasing preventative health spending by just 0.1% is associated with a 9% increase in annual spending by people aged 60 and over, and 10 more volunteer hours for each person aged 65 or over.

“The COVID-19 pandemic has created an exceptional opportunity for the government to prioritise health and act further to support older people,” Sinclair continued.

“Amidst the devastation it has caused, it has shown us how our economies are linked to health and exposed the dangers of under-investing in prevention. Let’s use this shift in mindset to commit the funds today that we’ll need to realise a longevity dividend tomorrow.”