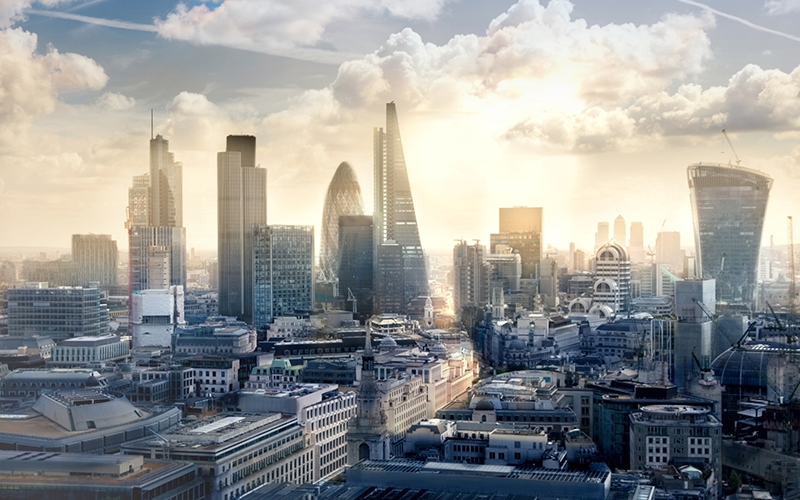 Bonuses in the City of London's financial and insurance sector are growing six times faster than national wages, analysis by the Trades Union Congress (TUC) has uncovered.

The findings reveal that bonuses in the sector grew by 27.9% over the last year, compared with growth of 4.2% for UK wages during the same period.

The research – which is based on figures from the Office for National Statistics (ONS) – suggests City bonuses are now at the highest level since records began, despite the ongoing cost-of-living crisis.

They were 2.4 times larger than the average worker’s basic monthly pay in March 2022, and higher than wages in every other sector, other than mining and quarrying. Overall, City bonuses in March were worth a total of £5.9bn.

TUC general secretary, Frances O’Grady, said that there is “no justification” for such “obscene” bonuses at the best of times – let alone during a cost-of-living crisis.

She continued: “Working people are at breaking point, having been left badly exposed to soaring bills after a decade of standstill wages and Universal Credit cuts.

“Ministers have no hesitation in calling for public sector pay restraint, but turn a blind eye to shocking City excess. It’s time to hold down bonuses at the top – not wages for everyone else.”

Looking at the economy more broadly, the analysis reveals record bonus payments in a number of sectors, including scientific and technical services, real estate, arts and entertainment, administrative and support services, and construction.

With some of these sectors experiencing labour shortages, the findings suggest that firms could be using one-off payments as opposed to consolidated pay rises to attract new recruits and retain existing staff.

The TUC said that this is a “sticking plaster approach” and won’t fix the fundamental problems in the labour market which have caused supply-chain chaos and worker shortages.

It is now calling on the government to introduce maximum pay ratios so that bonuses are no more than 10% of total pay, and ensure bonus schemes are open to all staff on the same terms, with workers included on company pay committees.

“And it’s time for the government to get wages rising across the economy by boosting the minimum wage immediately, funding decent pay rises for all public sector workers and introducing fair pay agreements for whole industries,” O’Grady added.