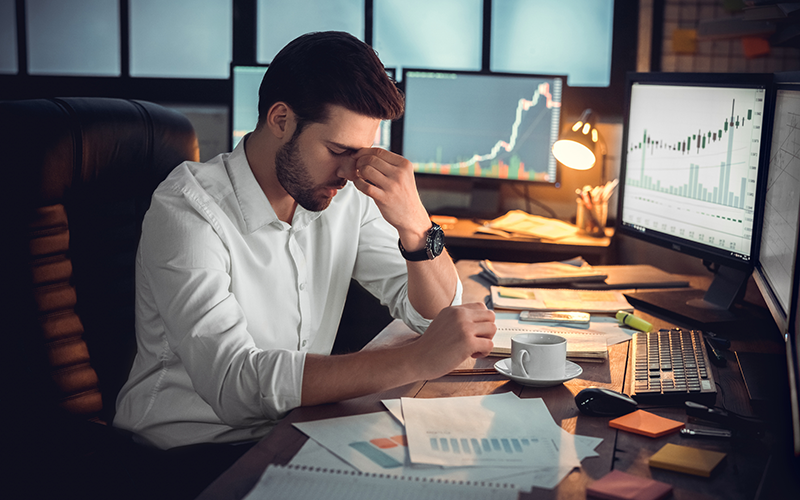 Directors and officers see cyber attacks and data loss as their top risks following the pandemic and rising geopolitical tensions, an annual poll by WTW and Clyde & Co has found.

After surveying directors and risk managers based in more than 40 countries, the researchers found that cyber attacks were perceived as the top threat, with 65% saying that the risk is “very significant” or “extremely significant”.

This same was said of data loss by 63% of respondents, while cyber extortion and regulatory risk were cited by 59% and 49%, respectively.

The findings also show that governmental and regulatory measures have driven up concerns around climate risk in some regions. While it still doesn’t appear in the top five, it is the number six risk in the UK, Asia and Australasia.

James Cooper, head of Clyde & Co's financial institutions and D&O team, said that the survey highlighted a complex network of globally interconnected and evolving risks that leaders should not consider in isolation.

“Foremost in the survey is cyber risk – a multi-varied and ever-evolving risk, with a variety of significant consequences should an attack occur and data is lost,” he continued.

“The emergence of cyber extortion as a perceived threat adds a further level of pressure on leaders to implement adequate cyber security controls and to react efficiently and effectively in the face of an attack.”

How the top five risks have changed over the last four years is shown below: 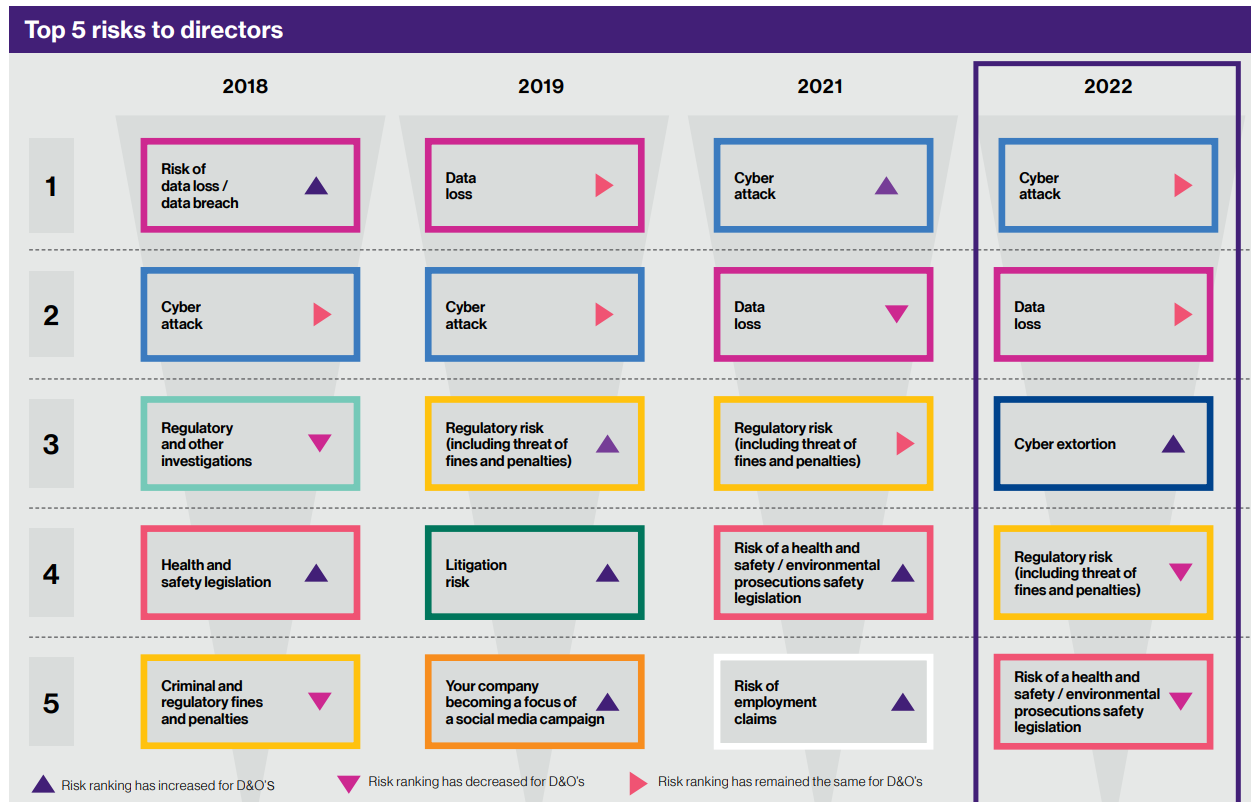 Additional research also uncovered some divergence between the risks perceived by businesses and those perceived by directors and officers.

Economic climate was found to be the top threat for businesses, while the risk of insolvency or bankruptcy was ranked very low by directors and officers.

They aren’t entirely divergent, however, with cyber attacks ranked as the number two risk for businesses, and the number one risk for directors and officers.

“With a volatile business environment resulting from the pandemic and geopolitical pressures, it is no surprise that cyber risks are high on the list of directors’ concerns,” said Jeremy Wall, WTW's head of global finex.

“Emerging risks such as climate change are also spotlighted, and we believe the report will provide a great resource to support directors and risk managers when refining their risk management strategies.”