Men found to save £90k more than women after age 50 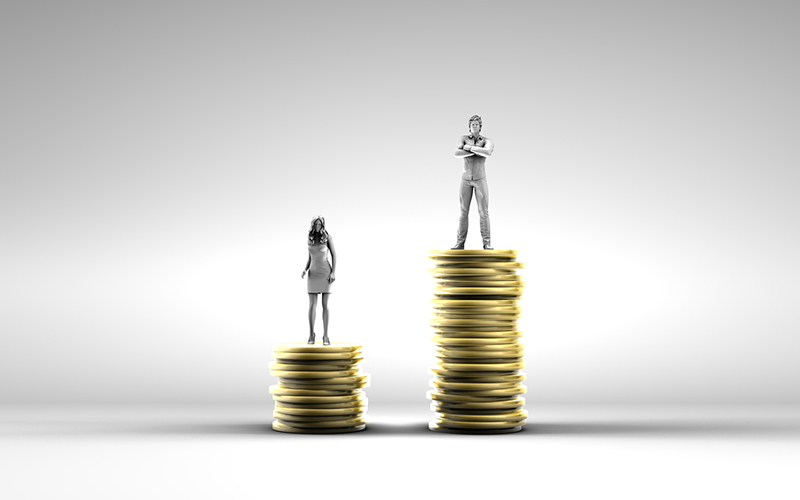 UK men typically save over £90,000 more into their pensions than women between the ages of 50 and 64, according to analysis by PensionBee.

In a new report, the online pension provider explains how men tend to participate in more hours of paid work per week, at a higher median hourly rate, throughout their working lives than women.

This has a compounding effect in later life, with women aged 50 to 64 found to experience an average hourly pay gap of 25%, with part-time work being undervalued compared to full-time work.

In addition, the findings show that men aged 50 to 64 work nine extra paid hours a week compared to women of the same age.

In total, the analysis suggests that men aged 64 today, on average, have accumulated £439,581 in pension savings, which is £139,451 more than their female counterparts.

Romi Savova, CEO of PensionBee, said: “Women are most likely to take on care responsibilities throughout their lives, and to participate less in paid work as a result, leading to lower incomes and lower retirement savings.

“Whilst there is a role for individuals to play, it is not fair for them to shoulder the full burden. More supportive employer policies, a culture of gender equality, and a more transparent defined contribution pension system can help empower consumers to save for a happy retirement.”

PensionBee found that 36% of unpaid carers have cut down or left work due to their care responsibilities, and that 41% balance full-time paid work with unpaid care work.

Furthermore, the findings show that 62% of employed women work part time, compared to only 24% of employed men, despite 85% of savers believing that unpaid care work should be equally shared between genders.

If caring responsibilities were shared between genders, more women would be able to stay in full-time work throughout their careers, including after the age of 50. The analysis suggests that this would result in a women’s overall pension pot size increasing by more than £106,000 on average.

Savova added: “With increasing life expectancies meaning more and more older workers will need to take on caring responsibilities, particularly for elderly parents, urgent action is needed to prevent older workers from needing to stay in the workforce for longer, to be able to save enough to support their own retirement and care needs.”