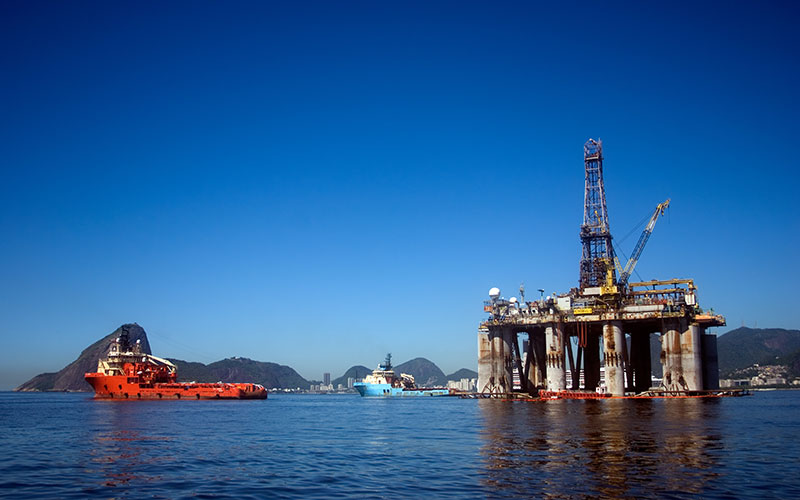 Three insurance companies have been accused of insuring the majority of Brazil’s offshore oil and gas drilling, despite their public commitments to help tackle climate change.

In a recent report, the Insure Our Future NGO coalition names Chubb, MAPFRE, and Tokio Marine as the three companies insuring Brazil’s national oil company Petrobras, which extracts nearly 93% of all the country's oil and gas.

Brazil plans to expand its oil production by up to 70% over the next decade, despite the UN warning that global oil and gas production must be cut by 4% and 3%, respectively, every year by 2030 to limit global warming to 1.5°C above pre-industrial levels.

The Insure our Future coalition described Brazil's oil and gas exploration as “ruthless extractivism”, and said that insurers are “driving climate catastrophe” by supporting its efforts.

“It is completely absurd that international insurance companies like Chubb, MAPFRE, and Tokio Marine come to Brazil to support the fossil fuel industry extracting oil from some of the most sensitive regions of the planet,” said lan Zugman, Latin America director at 350.org, which is a member of the coalition.

“The expansion of the oil and gas sector, in addition to keeping Brazil from meeting its Paris Agreement goals, also has the potential to negatively impact the lives of millions of Brazilians already in vulnerable situations such as traditional fishermen, Quilombolas, and Indigenous peoples.”

AXA, Tokio Marine, Chubb, Liberty Mutual, Fairfax, and Argo provide insurance in the form of performance bonds, which allow oil companies to meet the Brazilian government's requirement to provide a financial guarantee that they will do a minimum level of exploration.

However, the Insure Our Future report explains how 35 insurers have restricted coverage for coal, which has led to reduced coverage, soaring premiums, and projects failing to get coverage.

It argues that insurers can have the same impact on oil and gas, where 10 companies control more than 70% of the market.

Elana Sulakshana, senior energy finance campaigner at Rainforest Action Network, commented: “Chubb CEO Evan Greenberg has claimed that Chubb is doing its part ‘as a steward of the Earth'. But any company that claims to care about the climate, biodiversity, and human rights cannot insure exploration and expansion of Brazil’s offshore oil reserves.

“To live up to its sustainability rhetoric, Chubb – along with Liberty Mutual, MAPFRE, and Tokio Marine – need to immediately rule out support for oil and gas expansion projects in Brazil and worldwide.”