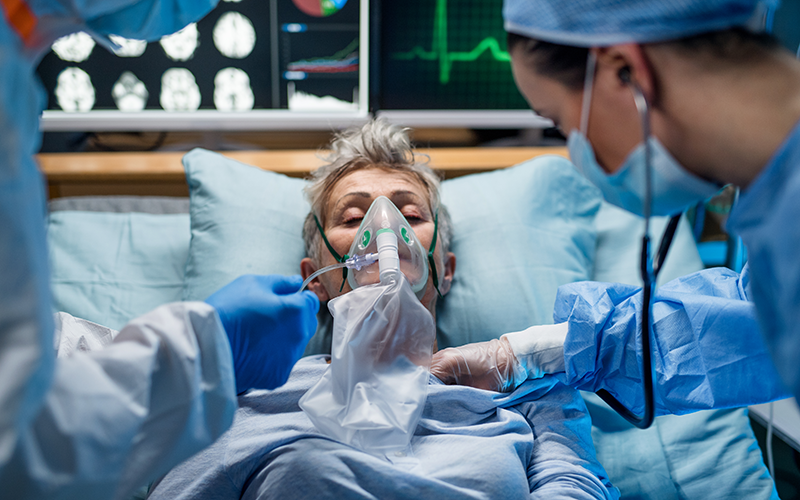 The last two years have seen death rates in England and Wales rise above the preceding five-year average for the first time since WWII, the Continuous Mortality Investigation (CMI) has found.

While mortality can be volatile, it is rare to see rates higher than the preceding five-year average for even just one year, with this only happening twice in the last 50 years.

The number of deaths exceeding 2019 levels – or 'excess' deaths – varied significantly by quarter last year, rising by 34,300 in the first quarter, before dipping by 9,900 fewer in the second quarter, and rising again by 10,900 in the third quarter, and by 12,200 in the fourth quarter.

“Although weekly excess mortality in the second half of 2021 hasn’t been nearly as high as the peaks of earlier waves, it has been persistent,” said Cobus Daneel, chair of the CMI's Mortality Projections Committee.

“This has led to nearly as many excess deaths in the second half of 2021 as in the first half. Taken together, 2020-2021 has been a remarkable two-year period, with a greater increase in mortality than we have seen since World War II.”

Owned by the Institute and Faculty of Actuaries, the CMI has been publishing analysis of the UK's mortality rates during the coronavirus crisis through its mortality monitor, based on data from the Office for National Statistics.

The latest update also shows a striking difference in how death rates for last year compare to 2020 at different ages. While mortality for ages 65 and over was 7.1% lower, mortality for under-65s was around 3.1% higher.

Furthermore, the analysis found that mortality was higher in each week of the second half of 2021 than in the corresponding week of 2019.