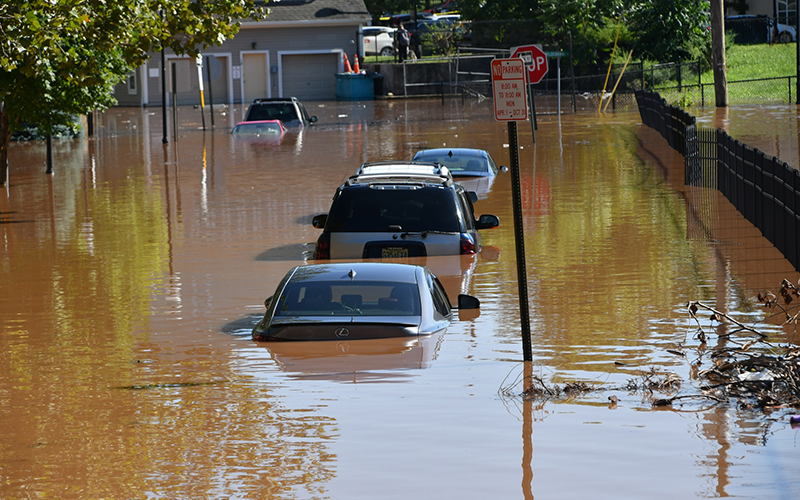 Natural disasters have cost insurers $105bn (£79.4bn) this year, which is the fourth-highest annual total recorded since 1970, Swiss Re has revealed.

The two costliest natural disasters of the year were both recorded in the US, with Hurricane Ida and winter storm Uri responsible for $30-$32bn and $15bn in losses, respectively.

Europe's costliest event was the July flooding in Germany, Belgium and nearby countries, causing up to $13bn in insured losses, compared with total economic losses of above $40bn.

This was the costliest natural disaster for the region since 1970, highlighting the large flood protection gap that still exists on the Continent.

The research also reveals how secondary perils – high-frequency, low-to-medium-severity events, such as thunderstorms and wildfires – were responsible for more than half of insured losses.

“In 2021, insured losses from natural disasters again exceeded the previous 10-year average, continuing the trend of an annual 5–6% rise in losses seen in recent decades,” said Martin Bertogg, head of CAT perils at Swiss Re.

“It seems to have become the norm that at least one secondary peril event such as a severe flooding, winter storm or wildfire, each year results in losses of more than $10bn.

“At the same time, Hurricane Ida is a stark reminder of the threat and loss potential of peak perils. Just one such event hitting densely populated areas can strongly impact the annual losses.”

Canada, adjacent parts of the US and many parts of the Mediterranean experienced record temperatures in 2021, with British Columbia setting a new all-time Canadian temperature record of nearly 50°C in the last days of June.

Temperatures in the Death Valley, California, reached 54.4°C during one of multiple heatwaves in the southwest, with the exceptional heat often accompanied by devastating wildfires.

However, the associated insured losses were lower than in recent years when fires affected more populated areas. In California, wildfires destroyed large forest areas, but in contrast to 2017, 2018 and 2020, encroached on areas of lower property concentration.

“Investments in infrastructure support sustainable growth and resilience and need to be upscaled,” he continued. “In the US alone, the infrastructure investment gap to maintain critical and ageing infrastructure is $500bn on average per year until 2040.

“Partnering with the public sector, the insurance industry is critical for strengthening society's resilience to climate risks, by investing in and underwriting sustainable infrastructure.”