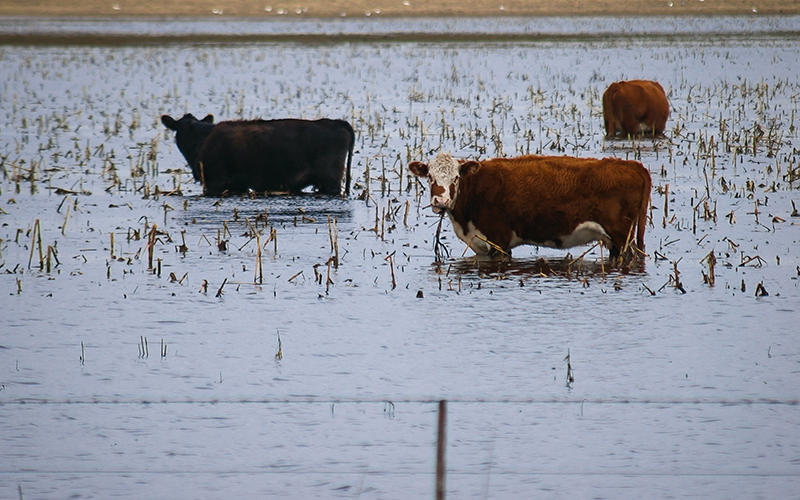 Hundreds of thousands of livestock animals have perished in floodwaters in Canada’s westernmost province, British Columbia, according to its local government.

The floods were caused by atmospheric rivers – long, narrow corridors of concentrated moisture that release enormous volumes of precipitation when they make landfall.

Sumas Prairie, a predominantly agricultural region, was one of the hardest-hit areas when deluges in November damaged major infrastructure, forced mass evacuations and cut off road and rail links to Vancouver, Canada’s third largest city and biggest port.

It was described as the “storm of the century” by local officials and led to a declaration of a state of emergency.

The government of British Columbia reported that 628,000 poultry, 420 dairy cattle and around 12,000 hogs were killed, while 110 beehives are under water.

The storm is also expected to have substantially damaged the region’s blueberry crop; many of its fruit farms have been submerged under 2.4m (eight feet) of water.

In an update on the damage last week, the province’s agriculture, food and fisheries minister Lana Popham said more than 800 farms are still under evacuation orders.