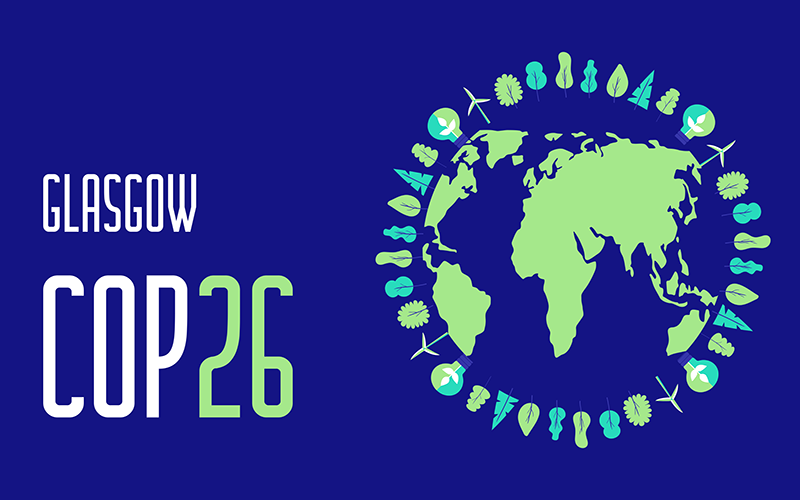 The Glasgow Climate Pact was agreed on the final day of COP26 last Saturday, concluding two weeks of negotiations that will set the global agenda on climate change for the next 10 years.

The agreement includes the first ever international commitment to reduce coal use, although the language was weakened at the last minute after India called for “phasing down” to replace “phasing out”.

World leaders also agreed to “revisit and strengthen” their 2030 nationally determined contributions (NDCs) to global emissions by the end of 2022, and to report their progress making cuts every two years.

Moreover, carbon market rules for implementing Article 6 of the Paris Agreement were confirmed, paving the way for a boom in the trading of emissions credits.

However, David Thomson, head of policy and research at the Institute and Faculty of Actuaries (IFoA), explains in a new blog how several issues remain around carbon finance.

“There is still a lot of challenges about how to measure the standards for compliance and adherence to sustainable financing commitments, and whether they go far enough.

“Do companies feel they are on a level playing field and does the public feel they know how to navigate the so-called challenge of greenwashing? Two big challenges despite progress made. This is likely to be a key debate for all of us in the coming year.”

The Glasgow Climate Pact also failed to deliver a financial assistance programme to help poorer countries deal with the “loss and damage” caused by climate change. Wealthy nations had already broken their promise to provide $100bn (£74bn) per year by 2020.

Other key announcements made throughout the conference included a commitment by more than 100 leaders from countries containing 85% of the world's forests to halt and reverse forest loss and land degradation by 2030.

The Glasgow Leaders’ Declaration on Forest and Land Use is supported by a pledge to provide $12bn of public finance from 12 countries by 2025, alongside $7.2bn of newly-mobilised private sector funding.

The US and China signed a joint declaration agreeing to increase cooperation on tackling climate change over the next decade, while over 100 countries, representing 70% of the global economy, pledged to cut methane emission levels by 30% by 2030.

It was also announced that 450 firms from 45 countries have committed to align more than $130trn with the climate goals of Paris Agreement through the Glasgow Financial Alliance for Net Zero (GFANZ).

This represents around 40% of the world’s financial assets, with 24 other major finance initiatives also announced to help mainstream and scale: climate-related reporting; climate risk management; climate-related investment returns and the mobilisation of private finance to emerging and developing economies.

Mark Carney, UN Special Envoy for Climate Action and Finance, said that the financial initiatives announced at COP26 could deliver the estimated $100trn of investment needed over the next three decades for clean energy.

“The rapid, and large-scale, increase in capital commitment to net zero, through GFANZ, makes the transition to a 1.5°C world possible. To seize this opportunity, companies must deliver robust transition plans and governments set predictable and credible policies.

“This will give finance the confidence to invest, pulling forward climate actions and smoothing the transition to net zero, driving growth and jobs upwards, and forcing emissions downwards.

“Let’s work together to seize this opportunity.”