The July floods which devastated parts of Germany are now expected to lead to insurance losses of around €7 billion. 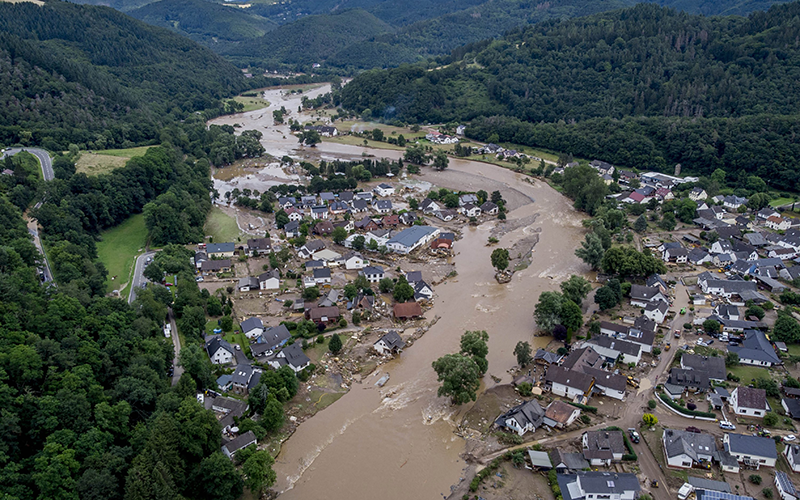 Storm Bernd was the most destructive natural disaster in Germany’s history with major flooding overwhelming Rhineland-Palatinate and North Rhine-Westphalia as well as parts of Bavaria and Saxony. Belgium, the Netherlands and Switzerland were also affected.

The latest update by the German Insurance Association (GDV) reveals a sharp rise on the previous estimated losses of €4.5 billion to €5.5 billion.

Around €6.5 billion of the new estimate is down to claims for residential buildings, household items and businesses with the remainder attributed to motor vehicles.

“The dimensions of this extreme event only become apparent as claims are recorded and settled,” said GDV general manager Jörg Asmussen.

Germany’s insurance industry is currently handling around 250,000 claims, of which around 200,000 relate to houses, household effects and businesses, and up to 50,000 on motor vehicles.

“Together with the high hail damage in early summer, it is becoming apparent that 2021 will be one of the most expensive natural hazard years ever for insurers,”Asmussen added.