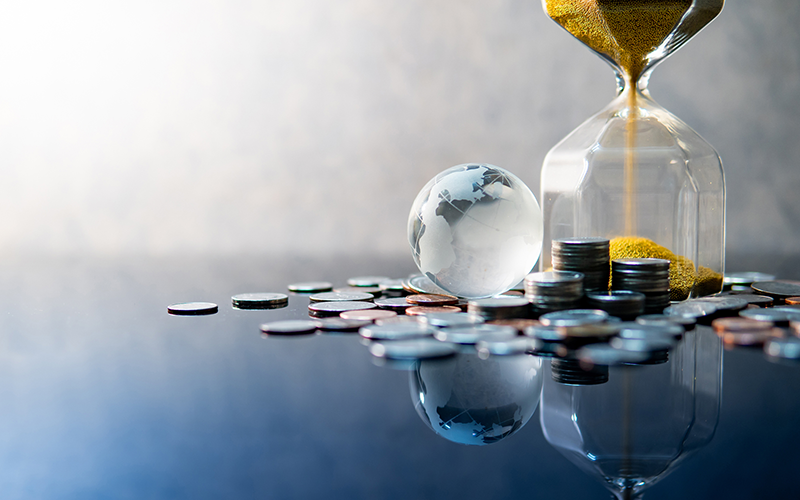 Finland has been recognised as having the best pension system in the world following an analysis of scheme participation, public expenditure, retirement age, and average contributions per capita.

Poland and Sweden complete the top three positions in the ranking of pension systems by Blacktower Financial Management Group, with the UK languishing in 25th place.

Finland achieved first place thanks to its high public expenditure on pensions, which is 13.4% of its GDP, and a strong percentage of the population paying into a pension, almost 90%.

Both Poland and Sweden have an average retirement age of 65, below the average of 66, with the latter also boasting an impressive 100% rate of participation in funded pensions.

“This research is something to seriously consider when deciding which country to go live and work overseas,” said Gavin Pluck, group managing director at Blacktower Financial Management.

“Inevitably, this will impact your future pension, meaning you may have to work for longer to fund your comfortable retirement depending on which country you live in.”

The top 10 pension systems in the ranking are shown below: 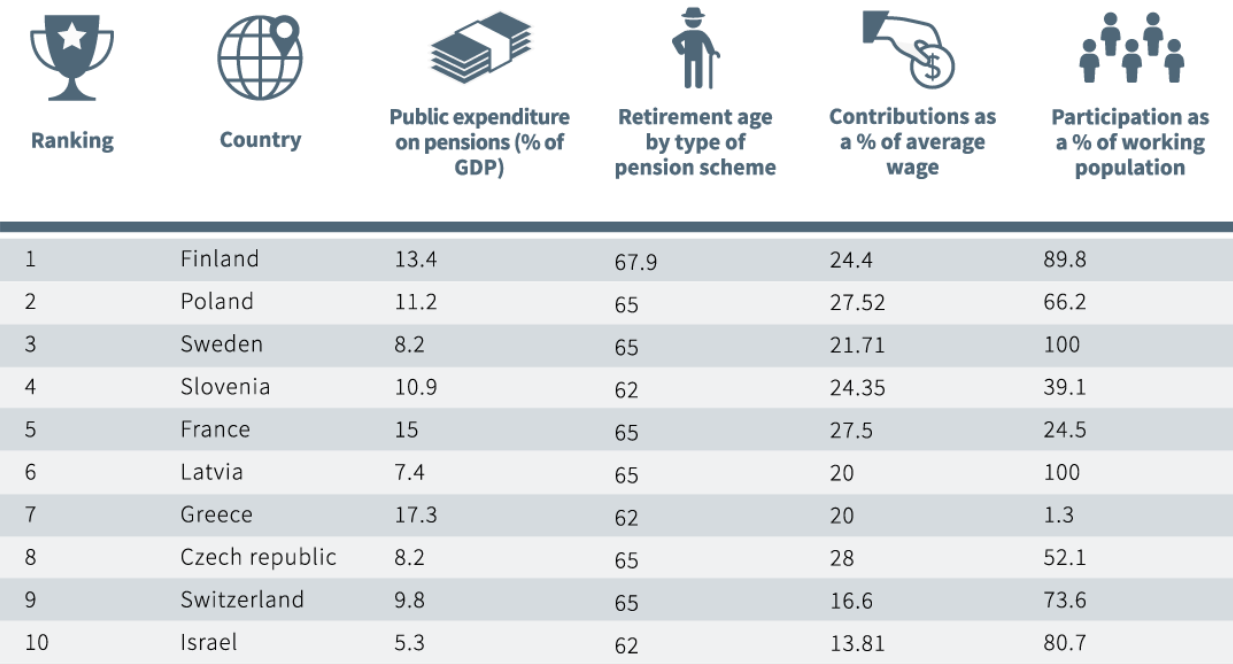 The lowest average retirement age of 62 was found in Slovenia, Greece, Israel and Turkey, while Denmark had the highest, with the average pensioner not retiring until the age of 74 – perhaps thanks to the country’s strong healthcare system.

Some countries were found to have significantly higher contribution rates, such as Italy, where 33% of the average wage is earmarked as a pension contribution.

Other countries where people are putting more into their pensions include Spain, on 28.3%, and the Czech Republic at 28%.

Finland achieved top position despite an above-average retirement age of 67.9. The researchers said: “With a famously happy population, retirees in Finland can enjoy stunning landscapes and picturesque cities, but also the best global state pension.

“With high public expenditure on pensions, and a strong percentage of the population paying into a pension, Finnish nationals can really make the most of their retirement.”