German insurers’ combined ratios could rise 5% due to floods 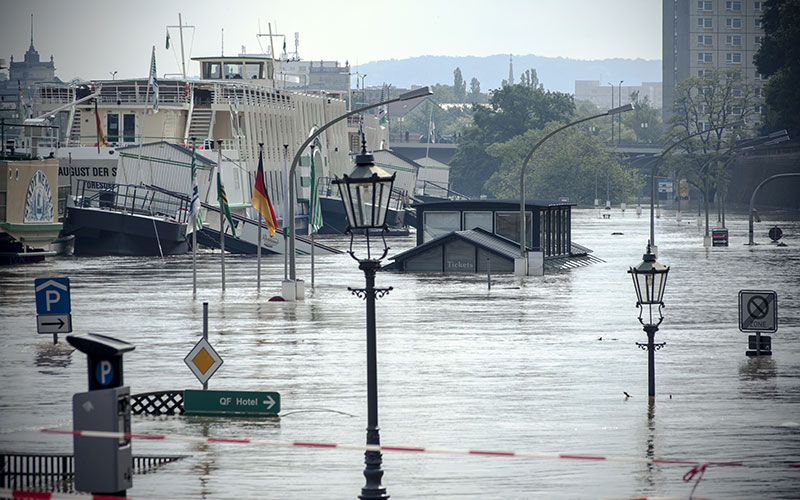 Last week's severe floods in Germany could add up to 5% to the country's non-life insurers’ net combined ratios, according to Fitch Ratings.

In a recent commentary, the credit rating agency said that insured losses from the floods are likely to be Germany’s highest from a natural catastrophe event since widespread flooding in 2002, which led to claims of €4.5bn (£3.9bn), gross of reinsurance.

However, in most cases, losses are not expected to burn through insurers’ earnings and materially affect capital due to extensive reinsurance cover for natural catastrophes and strong profitability from other business lines.

“We expect the vast majority of the flood claims to be covered by reinsurance, limiting the impact on insurers’ combined ratios,” Fitch Ratings said.

“Moreover, the German non-life sector has good underlying profitability, mitigating the impact of natural catastrophe losses, which are inherently volatile.”

Severe flooding hit much of Western Europe last week, with Germany bearing the brunt of the extreme weather with at least 159 people killed, mainly in Rhineland-Palatinate and North Rhine-Westphalia.

The flood claims will be driven by property damage under buildings insurance, followed by vehicle write-offs under motor insurance, according to Fitch Ratings.

It said that natural catastrophe claims in Germany are typically about €3bn in a normal year, but are already set to significantly exceed this amount in 2021 due to the recent floods, which came after about €1.7bn of claims caused by heavy rains and hailstorms in June.

Factoring in typical levels of hailstorm claims this summer and storm-related claims this autumn and winter, 2021 is expected to be one of the worst years so far this century for German natural catastrophe claims.

Despite this, the combined ration of Germany's non-life insurance sector is still forecast to be below 100% this year, indicating an underwriting profit.

“The sector’s combined ratio for 2021 is likely to be above the 94% we forecast at the start of the year,” Fitch Ratings said. “However, we still expect it to be below 100% given below-average claims from non-catastrophe insurance so far this year, which typically drives insurers’ overall profitability.”