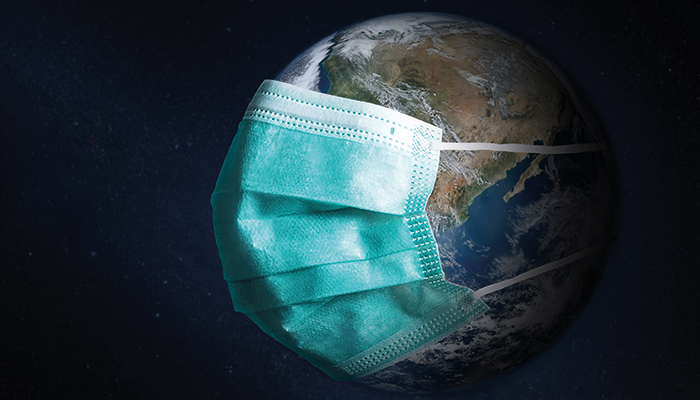 Global debt is forecast to surpass World War II levels by the end of this year due to a continuous rise in government and corporate spending following the outbreak of COVID-19.

The forecasts by GlobalData suggest that advanced economies will see their debt reach 124.7% of GDP this year, which is higher than the 124.1% recorded in 1946.

For emerging market economies, the data and analytics firm forecasts debt to to hit 65.3% of GDP, up from 46.9% at the end of World War II.

The researchers warned that a higher obligation of interest payments will come with the soaring debt, which will curtail the opportunity for productive investments and hit long-term economic growth.

“A persistent increase in the debt levels of emerging and developed economies due to pandemic-induced stimulus packages has set global debt to alarming levels,” said Gargi Rao, economic research analyst at GlobalData.

“As economic recovery gathers momentum, central banks will have to strike a balance between managing quantitative easing policies and inflation in the long run.”

GlobalData's forecasts are shown below: 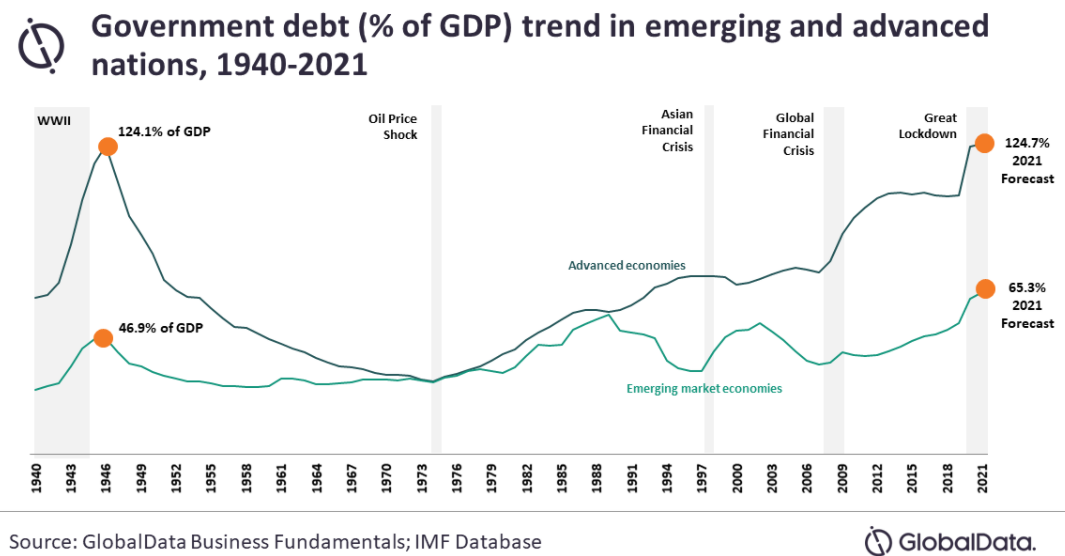 Developed economies accounted for 70.2% of global debt in the first quarter of this year, although the research also shows that debt levels among emerging economies increased by 14.7% to $86.2trn (£62.3trn) during that time.

“The need of the hour is to implement policies to revive government finances and reduce debt levels,” Rao continued. “The world’s main challenge is to find a well-designed exit strategy from these extraordinary fiscal expenditures.

“Over the medium term, fiscal crunches are forecast to ease due to the revival of business activities alongside effective vaccination drives and accelerated economic recoveries globally.”