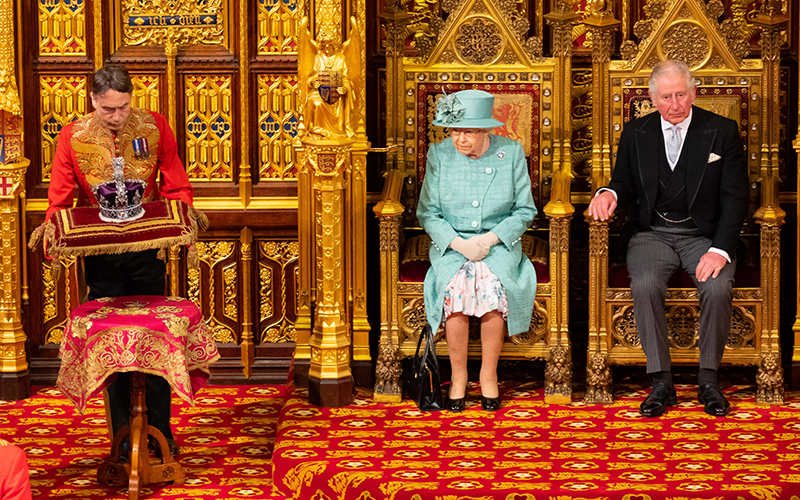 The UK government has missed a key opportunity to deliver social care reforms in the Queen's Speech today, the Institute and Faculty of Actuaries (IFoA) has warned.

Although today's speech outlined how “proposals on social care reform will be brought forward”, there were no specific details around future funding and delivery.

This is despite prime minister Boris Johnson promising that he would tackle the issue when he was re-elected in 2019, with social care now under more pressure than ever as COVID-19 has exacerbated existing strains caused by the UK's ageing population.

“The population is growing, individuals are living longer, and there is a rising proportion of older people,” IFoA president, Tan Suee Chieh, said today. “In the face of profound demographic change, it is increasingly likely that more and more people will require long-term care in later life.

“This Queen’s Speech was an opportunity to set out a clear strategy and a practical plan for tackling social care in both the short and the long term.

“Whilst it is important that this complex issue is addressed comprehensively, and the government should seek to provide clarity around the level of care provided and who will pay for it, we are concerned that another key moment has passed with no comprehensive plan, and that an unclear timetable remains.”

Today's speech did set out proposals for legally-binding climate targets, included in the incoming Environment Bill, while a new Health and Care Bill may address some issues around the delivery of social care.

The IFoA highlighted how its recent Great Risk Transfer campaign has found ways that the government can better support individuals when managing financial risks, such as those incurred by the need for social care.

“We urge the government to engage with all relevant stakeholders, including drawing on the professional expertise of the IFoA, to develop a consensus around proposals that can help unlock this impasse for the benefit of the public good,” Tan added.

Meanwhile, Aegon today called on the government to gain public and cross-party support for a new social care deal that shares costs between the state and individuals, based on their wealth.

The financial services firm also suggested that ministers could introduce a completely new tax, earmarked specifically for social care, possibly levied on those above a certain age.

“Individuals also need incentives to save for their share without facing unlimited or catastrophic personal costs,” said Aegon's pensions director, Steven Cameron. "We strongly support a cap on how much any individual will be asked to pay for care costs and clarity on any separate charges for ‘room and board’.

“Increasingly, preparing for possible care costs will become part of managing pension, property and other savings wealth into and through retirement. Financial advice will play a hugely important role in ensuring people make the right decisions for an uncertain future.”