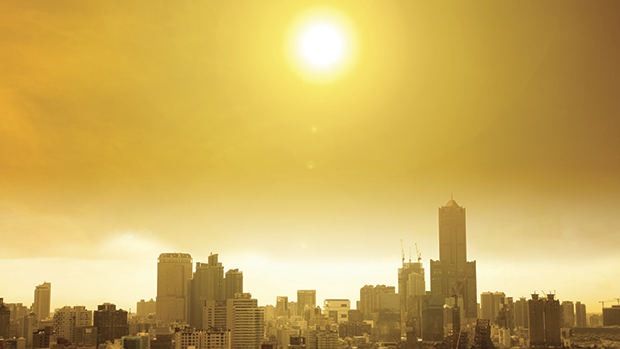 Global temperatures could soar to more than 3°C above pre-industrial levels if no action is taken to limit climate change, slashing 18% off the world's economy by 2050, Swiss Re has warned.

After conducting a stress test of 48 economies, the insurance giant found that China stands to lose 24% of its GDP by mid-century if temperatures rise by 3.2°C, while the US, UK and Canada would take a 10% hit.

Europe would suffer slightly more on 11%, with global warming leading to substantial income and productivity losses over time as heat stress leads to crop failures and rising sea levels result in loss of land.

However, by limiting global temperature rises to 2°C, the researchers forecast the world's economy to contract by just 4% by 2050, which would be made possible by adding just 10% to the current $6.3trn (£4.5trn) of annual global infrastructure investments.

“Climate risk affects every society, every company and every individual,” said Thierry Léger, group chief underwriting officer and chairman of the Swiss Re Institute.

“By 2050, the world population will grow to almost 10 billion people, especially in regions most impacted by climate change. So, we must act now to mitigate the risks and to reach net-zero targets.”

The researchers also ranked each country on its exposure to extreme weather and capacity to cope with climate change, finding that Malaysia, Thailand, India, the Philippines and Indonesia are the most vulnerable, while the US, Canada, Switzerland and Germany are among the most resilient.

Swiss Re said that coordinated measures by the world’s largest carbon emitters are crucial to limiting temperature rises, warning that climate change poses “the biggest long-term threat to the global economy”.

It highlighted how public and private sectors can facilitate and accelerate a low-carbon transition, particularly regarding sustainable infrastructure investments that are vital to remain below a 2°C increase.

Given the long-term horizon of their liabilities and long-term capital to commit, institutional investors such as pension funds or insurance companies are also ideally positioned to play a strong role.

“Only if public and private sectors pull together will the transition to a low-carbon economy be possible,” said Jérôme Haegeli, Swiss Re’s group chief economist.

“Global cooperation to facilitate financial flows to vulnerable economies is essential. We have an opportunity to correct the course now and construct a world that will be greener, more sustainable and more resilient.”