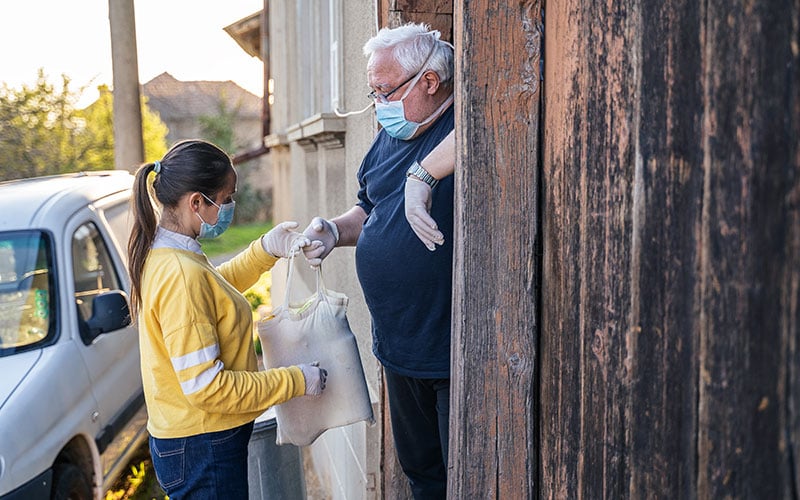 Nearly half of UK adults providing care for elderly relatives or friends have increased the amount of time they dedicate to loved ones during coronavirus lockdowns, new research has found.

The findings from Just Group also show that the rising care burden has not fallen equally among age groups, with 54% of 45-54 year-olds reporting an increase, compared to 45% of 55-64 year-olds, and 39% of the over-65s.

Sole caregivers and adults working full time for over 30 hours a week have also been hit hard by the pandemic, with 49% and 50% respectively seeing an increase in time commitments.

Stephen Lowe, group communications director at Just Group, said that the findings highlight the importance of planning ahead for social care.

“The last year has been tough for so many people and we know that the burden has not been spread evenly,” he continued. “For those with care commitments, it has compounded what is likely to be an already difficult situation.

“This highlights the importance of planning ahead and organising formal care as we approach later life. Relying on already-stretched relatives can be hard on both the carer and the person they care for.”

How the rising care burden has impacted different age groups is shown below: 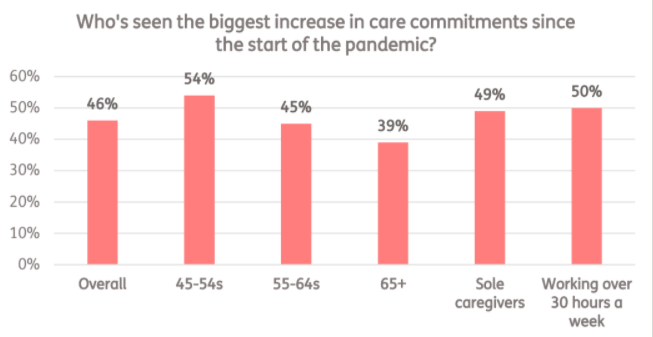 The research involved a survey of 2,003 adults aged 45-75, and also found that technology use for caring has increased over the last year.

The greatest change in the use of technology was by those using it to arrange shopping deliveries online for the person they care for, with four in 10 respondents saying they had adopted this.

An extra fifth are now using video calling apps such as FaceTime to speak with the person they care for, while smaller numbers have begun using apps to enable them to control heating remotely, monitor movements, and to co-ordinate with other carers.

Lowe added: “People should not shy away from having those conversations with loved ones about how best to make plans and provisions for formal care in later life.

“The government should not shy away from enacting the long-overdue reforms they are expected to announce in the Queen’s Speech in May, which will give people the certainty needed to have the confidence to take action.”