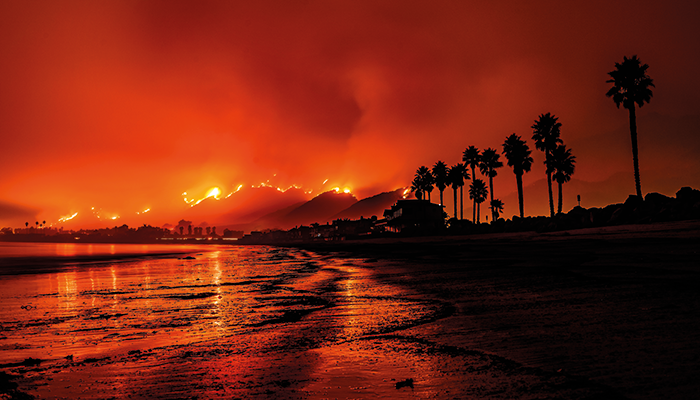 Global insured losses from wildfires, flooding and other natural disasters increased by 50% last year amid ongoing climate change and urbanisation, Swiss Re has revealed.

This is up from the $54bn of insured losses recorded in 2019, while manmade disasters cost insurers an additional $8bn, bringing total global insured losses to $89bn in 2020 – the fifth-costliest year on sigma records since 1970.

Secondary perils – which generate small to mid-sized losses – accounted for 71% of natural catastrophe insured losses, resulting mostly from severe convective storms and wildfires in the US and Australia.

Swiss Re explained how there has been a rise in losses from secondary perils in recent years, suggesting that future peak losses could be as high as $300bn, mainly due to population growth, value accumulation in highly-exposed areas and climate change.

“This underlines the urgency to better protect our communities against catastrophic losses while dramatically reducing carbon emissions. Unless mitigating measures are taken, such as greening the global economic recovery, the cost to society will increase in the future.”

A record number of 30 named storms caused insured losses of $21bn during the North Atlantic hurricane season last year, with 12 US storms making landfall in areas of low population density and exposure.

Swiss Re described this as a "lucky escape", explaining how losses would have been much higher if storm occurrence patterns had been less favourable.

The firm urged reinsurers to do more to help people, businesses and societies become more resilient, highlighting how the need to close protection gaps persists for both primary and secondary perils.