Dividing countries into 'green zones' with low levels of coronavirus risk, and gradually joining them together, could see social and economic interaction returned to normal within two months, a new study suggests. 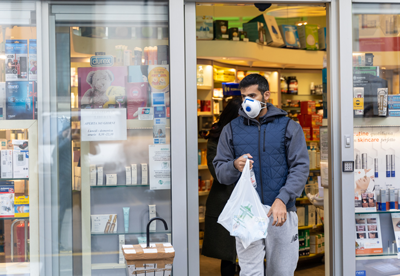 The proposals first involve identifying areas where the growth rate of COVID-19 infections is low, the sanitary system is operational, and the future risks appear manageable.

Inhabitants of these green zones would be able to return to their usual social and economic interactions within their area, although travel out of town would be restricted.

A network of green zones would then gradually expand, within which restrictions on movement could be lifted, while 'red zones' with high levels of coronavirus risk would remain in lockdown.

A country such as the UK could be reunified within two to four months, according to the study, which was carried out by a group of mathematicians and economists.

Writing for the World Economic Forum, Bary Pradelski from the University of Oxford, and Miquel Oliu-Barton from the PSL Research University in Paris, said that the proposals could see normality restored in a “safe, efficient, and rapid way”.

“This reunification process might seem tedious, as the size of the green zones, while often increasing, might also decrease from time to time,” they wrote.

“But our study suggests that when the probability of new infections is controlled, this process would still enable an exponentially fast return to normality.”

Such zoning measures have been successfully implemented in several areas in China, notably Wuhan, and the latest proposals build on an approach put forward by Spanish economist Joan Monràs.

The exact definition of what would constitute a green zone, and when to join them together, would depend on specific countries, and consultations with medical, epidemiological and economic experts.

In some cases, it may be preferable to refer to them as 'amber' in order to highlight the fact that many restrictions remain in place.

Zones of 5,000 to 100,000 inhabitants are proposed, and a special certificate would be required to leave a particular zone, which would be reserved for key workers and other important reasons.

Divisions between some zones may therefore need to be legally enforced, which would represent a step up in state-enforced control in many countries.

“The definition of zones needs careful consideration of social and economic ties,” Pradelski and Oliu-Barton wrote. “The rules applying for each zone would need to be clearly defined.

“Importantly, all measures, including green zoning, would need the support of the public – which may not be easy to secure, given the significant increase in policing measures involved.”