Life expectancy has failed to increase over a 10-year period in the UK for the first time in more than 100 years, and has actually decreased for the poorest 10% of women. 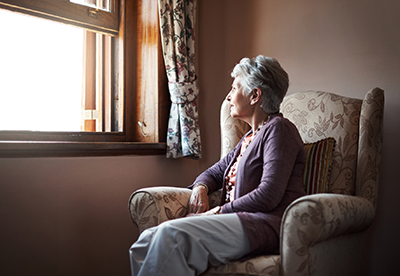 That is the stark conclusion of a decade-long review by the UCL Institute of Health Equity, which warned that the slowdown cannot be solely attributed to severe winters or flu.

More than 80% resulted from influences other than winter-associated mortality between 2011 and 2019, with austerity thought to have had an adverse impact on health.

The researchers found that the 10% most deprived areas saw the largest life expectancy declines, while the 10% most affluent parts of London enjoyed the greatest gains.

This comes a decade after the publication of The Marmot Review, which concluded that the lower a person’s social position, the worse his or her health.

"The fact that austerity was followed by failure of health to improve and widening health inequalities does not prove that the one caused the other," said professor Sir Michael Marmot.

"That said, the link is entirely plausible, given what has happened to the determinants of health. The damage to the nation’s health need not have happened."

The review concludes that austerity has had a role to play in rising child poverty, declines in education funding, an increase in homelessness, and various other health-related impacts.

“And these outcomes, on the whole, are even worse for minority ethnic population groups and people with disabilities," Sir Michael continued.

"Austerity will cast a long shadow over the lives of the children born and growing up under its effects.”

The researchers said that suicide, drugs, alcohol abuse and other “deaths of despair” could be responsible for increasing mortality rates among people aged 45-49, as in the US.

They also found that child poverty in the UK has increased by 22% over the last decade, compared to Europe’s lowest of 10% in the Netherlands, Norway and Iceland.

“A decade on from the original Marmot review, it continues to hold that the more favoured people are, socially and economically, the better their health on average," commented Club Vita engagement lead Mark Sharkey.