Tesla’s move into the commercial insurance market could spell the beginning of the end for some incumbent motor insurers if other carmakers follow its lead. 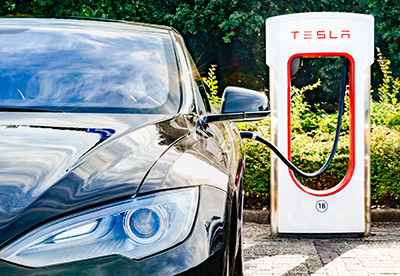 That is according to a new report from Moody’s, which highlights how Tesla has already started offering premiums up to 30% cheaper than those of mainstream insurers.

The company’s superior understanding of smart in-car technology and access to real-time driving data allows it to set tailored insurance rates according to an individual’s risk.

This is not expected to have a huge impact in the short term, but Moody’s said traditional insurers could lose out if carmakers developing similar technologies adopt the same model.

“Incumbent insurers could over time face margin erosion, or in some cases even displacement from the market, if the Tesla insurance model is widely replicated by other carmakers,” said Helena Kingsley-Tomkins, Moody’s assistant vice president.

Tesla announced last year that it plans to expand its personal motor insurance offering – currently only available in California – to additional US states.

It also confirmed in January that it would offer commercial motor insurance cover to customers that sign up to its planned ‘Tesla Network’ ride-sharing app.

Moody’s described this as a stepping stone towards a fully-automated fleet of “robotaxis” capable of rivaling Uber and Lyft, that Tesla would also insure.

In theory, the frequency of accidents, and therefore insurance costs, should be even lower for a fleet of self-driving cars, as a large portion of accidents are caused by human error.

"These moves demonstrate Tesla's confidence that its internet-connected cars' smart safety features reduce the risk of accidents and theft," the Moody's report says.

Tesla will have to overcome significant regulatory hurdles before rolling out its insurance products widely, and market share could be hindered by a limited number of Tesla vehicles on roads.

Moody’s said that carmakers deterred by onerous regulations and capital requirements could instead choose to partner with incumbent insurance firms.

However, even in this scenario, there is a risk that insurers could be reduced to the role of capacity provider, with the carmaker retaining the client relationships.

“Even without direct competition from carmakers, the advent of intelligent cars, and particularly full automation, will transform the global motor insurance sector,” the report states.

“The consequent decline in motor accidents will significantly reduce insurers' premiums and earnings.

“This will force radical change across the sector, with insurers seeking to diversify and develop innovative products. We also expect it to trigger industry consolidation as some incumbent players fail.”