UK's bulk annuity market to return to ‘normal’ levels in 2020

The UK’s bulk annuity market will return to ‘normal’ levels this year, with £30bn of deals likely over the next 12 months, Willis Towers Watson (WTW) has predicted. 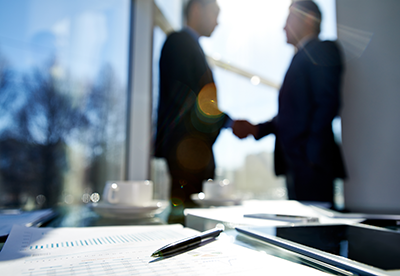 This is down from around £40bn of deals recorded last year, and WTW expects a more balanced market in 2020 to allow greater traction for smaller pension schemes and fewer ‘mega deals’.

However, the researchers predict a particularly busy start for the bulk annuity market this year as schemes unable to secure deals in 2019 look to lock down risk.

WTW also said that the longevity swap market could be set for an unprecedented year of hedging, potentially breaking the record of £25bn set in 2014.

This would reflect schemes looking to lock in current life expectancy assumptions, which are the lowest they have been in more than a decade.

“Although we expect a reduction in large deals, there is lots of ‘pent up’ demand in the longevity swap and bulk annuity markets," said Ian Aley, head of WTW's transactions team.

“Larger schemes should consider partnering with insurers to find optimal assets to match their liabilities.
"There is great opportunity for smaller schemes if they can focus on streamlining processes, with good preparation, governance and pre-agreed legal terms.”

Meanwhile, separate research from actuarial consultants Lane Clark and Peacock (LCP) has revealed that 11 deals accounted for 75% of value in the bulk annuity market last year.

It expects 10 transactions to cover £15bn in 2020, leaving more capacity for buyouts and buy-ins covering liabilities in the range of £250m and £1bn.

Over the next 15 years, the firm expects almost £800bn of liabilities to lineup for transfer to the insurance market.

It also believes that volumes in the longevity swap market could have reached £15bn last year, with between £10bn and £15bn projected in 2020.

LCP partner, Myles Pink, said: “2019 was a record-breaking year, not only in volume, but also in the execution of 11 transactions covering in excess of £1bn of liabilities.

"We expect 2020 to see a greater mix of transactions, with fewer high-profile deals and an opportunity for smaller transactions to complete.”