Provisions for collective defined contribution (CDC) pension schemes will be introduced in a Pension Schemes Bill over the next session of parliament, the Queens Speech confirmed today. 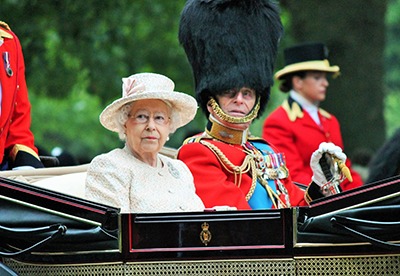 The bill will also force all defined contribution (DC) pension providers to open up their data to new pension dashboards, allowing all savings to be viewed on one online platform.

Moreover, it will give the Pensions Regulator (TPR) more powers to crackdown on employers neglecting final salary schemes in favour of paying dividends to shareholders.

It is hoped that the changes will help cut down on the type of scandals that recently engulfed the now-defunct retailer BHS and construction firm Carrilion.

"We also welcome the innovation of CDCs if this can provide better outcomes for savers and employers without increasing risk."

CDCs are already used in Denmark and the Netherlands, and allow group contributions to be pooled together and invested, giving members a higher final benefit level.

The Royal Mail has indicated its interest in developing a CDC, with the schemes thought to offer members more certainty by offering more regular payouts.

"CDCs give members some certainty over their future benefits, without the full guarantees you get from a final salary scheme," Hargreaves Lansdown head of pension policy, Tom McPhail, said.

"Whether any other employers follow the Royal Mail lead in the future is uncertain - there's currently no sign of a queue forming."

The delivery of pension dashboards may still be a few years away, but it is hoped that the initiative will help with planning and cut down on an estimated £20bn in lost pensions.

Matthew Arends, head of UK retirement policy at Aon, welcomed the proposals, but argued that dashboards should also include data on DB and state pensions.

He also highlighted how there was no mention of automatic enrolment for the self-employed, or any update on minimum pension contribution increases.

"Similarly, the development of the regime for commercial consolidators was not mentioned and so may not be included in the bill," Arends continued.

"This would simply increase the frustration of certain employers and trustees who are wanting to make use of these vehicles to provide benefits for their DB members.

"We look forward to developments in both these areas in the future."

This article appeared in our October 2019 issue of The Actuary.
Click here to view this issue
Filed in:
10