The value of mergers and acquisitions (M&A) in the global insurance industry has plummeted over the last year, with new deals also failing to boost share prices. 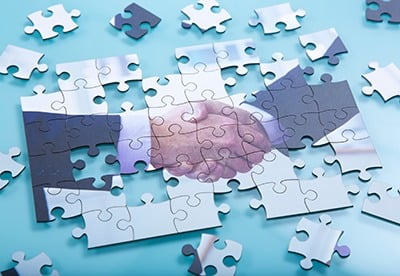 The data and analytics company also revealed that deals were worth £4.04bn in August, 15.7% less than in the previous month, and 13.6% below the 12-month average.

The firm forecasts the annual number of deals to fall for a fourth consecutive year, and revealed that, of the 333 transactions recorded so far in 2019, 59% have failed to add value.

"As deal volume continues its annual downward trend, tough conditions and intensifying competition for an ever-shrinking pool of targets further ramp up the stakes for CEOs under pressure from increasingly vocal shareholders," said Jana Mercereau, WTW head of corporate M&A for Great Britain.

The WTW research also shows that UK acquirers in the M&A market experienced their worst ever third quarter share performance, and only completed seven deals.

Internationally, large deals valued over $1bn fell to their lowest quarterly volume since 2009, and the number of transactions for this year is forecast to be the lowest since 2013.

Seven 'mega deals' valued over $10bn closed in the latest quarter, compared to none in the previous one and five in the first three months of this year.

It was also found that M&A deals completed in the first nine months of 2019 took 140 days to complete on average, compared to 119 days for the same period in 2018.

"The past 10 years have been relatively good times for dealmakers, now trade wars, Brexit, weakness in China's economy and forecasts for slower growth are weighing down sentiment," said Mercereau.

"A weak economy should be seen as an opportunity, as well-executed deals, rooted in a clear-cut strategic rationale, will create value in both good and challenging economic conditions."