An update for September on what our society has been up to... 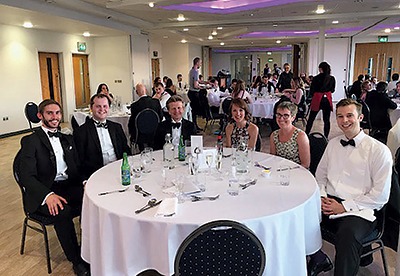 The Bristol Actuarial Society is the regional society of the IFoA in the South West, and provides CPD opportunities by arranging around 10 talks a year. It also provides our members with opportunities to connect and network by hosting a number of social events, ranging from pub quizzes, go-karting and golf, to a good-old annual pub crawl.

This summer, we were thrilled to host the summer BAS Ball for the second year running. Some 70 guests attended at the iconic M Shed museum on the Bristol waterfront to enjoy a black tie evening of dining and dancing, including an address from John Taylor in the week before he became the president of the IFoA. Both the main event and the after party were enjoyed by all who attended.

The Company of Actuaries Charitable Trust (CACT) this summer donated £10,000 to Whiteley Homes Trust to initiate a longitudinal research study of elderly residents living in Whiteley Village, the largest collection of almshouses in the UK. Liveryman Michael Pomery has been a trustee of Whiteley Homes Trust since 2009.

William Whiteley, a successful Victorian entrepreneur who owned a large department store in central London, left £1 million when he died in 1907 "to provide housing for the needy elderly". His will also contained detailed instructions as to how the money should be used to build a community of cottages, nursing home and village facilities (church, shop, village hall, social club, etc). The terms of his will still define the charitable objectives of Whiteley Homes Trust, which administers the village.

The Whiteley Foundation for Ageing Well ("The Foundation") was established by Whiteley Homes Trust to understand what it means to live well in later life, and how best to help people do so. The Foundation will search widely for innovative practice, join with villagers to test the best ideas, and share its learning freely.

The Whiteley Longitudinal Study (WLS) aims to start collecting quantitative and qualitative data from current villagers about their lives and the factors that influence their wellbeing as they age. The primary aim will be to build up a growing collection of data, which can be used by researchers in the future. In particular, by collecting data over a range of topics, a fuller picture should emerge of how different factors interrelate and how ageing individuals and populations can be supported to age as well as possible. 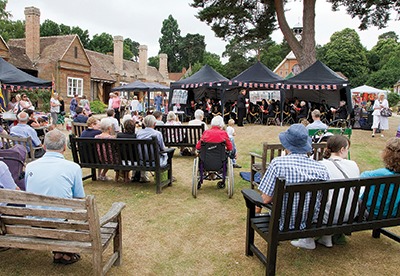 Congratulations to Kriszti Halay (RGA) and Bryce Shepherd (Partner Re), both FIA members based in Hong Kong, who were married on 22 June in Budapest, Hungary. 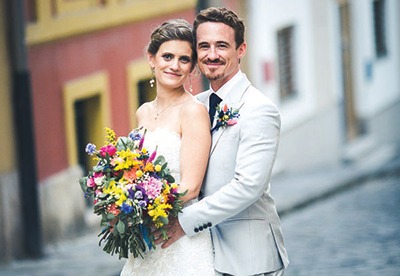 It is with great regret that we announce the deaths of the following members. We offer our condolences to their families and colleagues.

Ms Brenda Anderson, based in South Africa, became a student in 1988. Died aged 58.

This article appeared in our October 2019 issue of The Actuary.
Click here to view this issue
Filed in
10
Also filed in
People & Social News