Workplace diversity and inclusion now a 'commercial imperative' for insurers

Insurance companies across the world now view diversity and inclusion (D&I) as commercial concerns, rather than just internal issues, new research has uncovered. 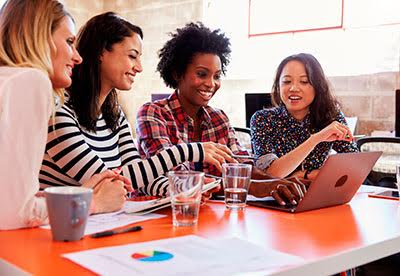 After surveying 5,000 participants at the global Dive In festival for D&I in insurance, the organisers found that 95% believe inclusion is now a client-facing issue.

Gender balance was identified as the most pertinent area for insurers to focus on, cited by 54% of respondents, followed by mental health, which was mentioned by 47%.

Backed by Willis Towers Watson and AIG, the Dive In festival is now in its fifth year, and takes place in over 60 cities and 30 countries between 24 September and 26 September.

Pauline Miller, head of talent development and inclusion at Lloyd's, which set up the initiative, said D&I is not a "nice to have", but a "commercial imperative" for firms all over the world.

"While addressing gender balance may be seen as the 'first step' in a company's D&I journey, the research has shown that it is not the only step, as festival goers call for more work to be done in other areas such as mental health," she added.

This year's survey also found that culture and ethnicity are important issues for insurers, cited by 48% of respondents, as well as family and care responsibilities, mentioned by 28%.

Both the Middle East and the Americas highlighted gender equality as a key barrier to overcome, while mental health sits high on the agenda for Europe and the UK.

The insurance industry was the first to run a sector-wide global diversity and inclusion festival focused on workplace culture when the Dive In initiative was set up in 2015.

It has grown far beyond its roots to include some of the world's largest insurance companies and brokers, with festivals taking place in Bahrain and Nigeria for the first time this year.

The mission is to enable people to achieve their potential by raising awareness of the business case. and by promoting positive action for diversity in all its forms.

"From a few small events in the London insurance market, the Dive In festival has grown exponentially, spreading to countries where inclusion and equality can still be challenging," Dive In committee chair, Jason Groves, said.

"The adoption of the festival in Bahrain, Saudi Arabia, and Nigeria shows that more companies have become determined to build inclusive workplaces, enabling them to attract top talent."