Pensions and healthcare at risk from no-deal Brexit

Around 1.3 million British citizens living in the EU could see their pensions, healthcare and insurance put at risk by a no-deal Brexit, the deVere Group has claimed. 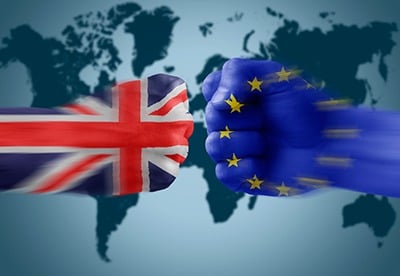 The financial advisory firm's CEO, Nigel Green, warned that pension providers could lose the automatic right to make payments into European-based banks under no deal.

These seamless transactions are currently possible thanks to a system known as 'passporting', a reciprocal arrangement of EU laws that allow payments across borders.

Hundreds of thousands of pensioners could see this disrupted or completely stopped overnight, according to Green, who accused Boris Johnson of not even trying to get a deal.

"The end of passporting would also hit insurance companies who might be unable to payout to their customers in the EU," he continued.

"In addition, Britons who have retired in EU countries might lose annual increases to their state pensions if Britain leaves the EU without a deal."

The UK government announced this month that British citizens living in the EU would continue to see annual increases to their state pension until 2023 in the event of no deal.

The state pension currently rises by either 2.5%, average wage increases, or by prices growth as measured by the consumer price index - whichever rate is highest.

However, Green warned that there is no guarantee of what would happen in three years, and said that access to social security could also be at risk in a no-deal scenario.

"Access to benefits will depend upon the host country's immigration policy and the conditions of any bilateral social security pact it has with the UK," Green continued.

"Crashing out of the EU would mean the current reciprocal healthcare, shared by the UK and the EU member states, would no longer apply.

"A no-deal Brexit is going to adversely and disproportionately impact the 1.3 million Brits living in the EU."

The UK government has set up a dedicated call centre to answer questions from British expats that might be affected by any potential changes to pension arrangements.

This article appeared in our September 2019 issue of The Actuary.
Click here to view this issue
Filed in
09