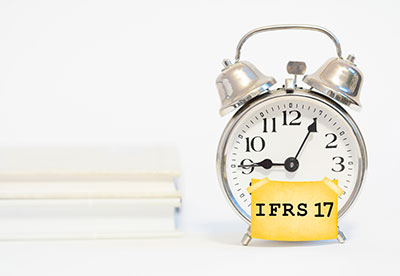 In a joint letter, the CFO Forum and Insurance Europe - which represent 23 of the continent's largest insurers and 95% of premium income - highlight several unresolved IFRS 17 issues.

Three challenges around the level of aggregation, transition and presentation are given particular emphasis due to the high potential impact on operational complexity and costs.

Meanwhile, Insurance Europe called for the implementation date for IFRS 17 to be delayed to 1 January 2023.

This comes just months after the IASB published an exposure draft proposing a one-year delay to January 2022, along with six other changes to the accounting standard.

"We welcome the changes proposed in the exposure draft as these represent a significant improvement, but we believe additional changes are still required," the letter states.

"The IASB has chosen not to propose amendments for several identified important issues, and for other issues, has proposed less effective amendments."

Regarding the level of aggregation, the letter says that annual cohorts should not be used for contracts in the variable fee approach with significant mutulisation.

For presentation, the insurers state that changes should be made to remove the inconsistency between group and solo reporting that is solely due to reporting frequency.

And for transition, the letter argues that the criteria for the modified retrospective approach should be more principles-based.

A number of additional issues are mentioned, such as the proposed definition of "proportionate" for reinsurance, which would still create "significant" accounting mismatches.

"Furthermore, we have identified amendments that introduce unintended consequences," the letter states. "These include guidance on the level at which eligibility for the variable fee approach should be assessed.

"We appreciate the opportunity to provide input for resolving these remaining issues and would be pleased to discuss these further with you."