Millions of middle-aged UK workers do not know how much they have saved into their pension or what they will need for a comfortable retirement, research by Aviva has found. 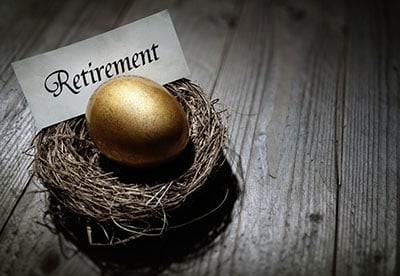 After surveying more than 2,000 employees aged over 45, the insurance firm found that 64% do not know how much they need for retirement - equivalent to nearly nine million people.

A worrying 37% don't know what they have saved into their pension - equivalent to over five million workers - while 43% are unaware about how much government support they will get.

It was also found that two-thirds of workers aged 45 or over believe their employer should provide pensions support.

"At the same time, these employees are calling upon their employers for help," she continued.

"Without a clear picture of what they have saved, many are approaching retirement with their eyes closed, with no realistic idea of how near or far they are from their destination."

The survey also found that 26% of workers aged 45 or over do not know when they will be eligible for the state pension.

Moreover, 62% don't know what pension freedoms mean for them, while 37% are not sure if they have a defined benefit or defined contribution pension scheme.

Despite these findings, Aviva said that an employee aged 45 today with no savings could still build a pension pot of £56,100 by the time they reach 65 based on minimum contributions.

"Mid-life employees mystified by their savings should try to get a clear picture of what they have saved so far, and how much of an income this can provide them," Rix continued.

"For some, this may be a pleasant surprise, while for others, it could be the wake-up call that's needed. People shouldn't be disheartened, however, as it's never too late to save."