A quarter of UK citizens will be aged 65 or over by 2050, up from around one in five today and one in six back in 1998, the Office for National Statistics (ONS) has predicted. 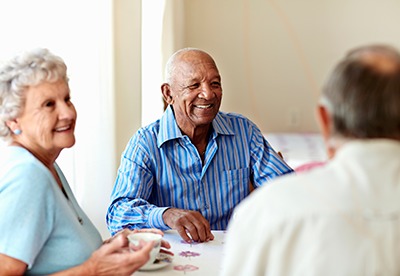 Declining fertility rates and people living longer will drive this, according to the ONS, despite the latest figures showing a slowdown in life expectancy improvements

The researchers said that there will be an additional 8.2 million people aged 65 or over in UK within 50 years, equivalent to the population of present-day London.

The findings are likely to have wide-reaching implications for society, and come after the UK government was recently urged to raise the state pension age to 75 by 2035.

"The next 10 years will see a generation of people born too late to benefit from generous final salary pensions but too early to get the full benefit of auto-enrolment," he continued.

"The inevitable consequence is they'll need to work longer."

However, a recent report from the Centre for Social Justice warned that the ratio between older and younger workers is increasingly skewed towards the over-65s.

It urged the government to raise the state pension age to 70 by 2028 and 75 by 2035 to ensure the sustainability of the system.

Although the proposals could save money, Royal London pensions expert, Helen Morrissey, said raising the state pension age so quickly could cause huge issues for many retirees.

"We need to give careful thought to what kind of jobs people in their 70s are able to do and while some people will be able to work for longer, others simply won't be able to," she continued.

"These people will face severe financial hardship if they have not saved enough into a pension to cover the years between leaving work and claiming state pension.