More than two out of five UK drivers are unaware that they could save money by switching to telematics-based car insurance, a YouGov survey has uncovered. 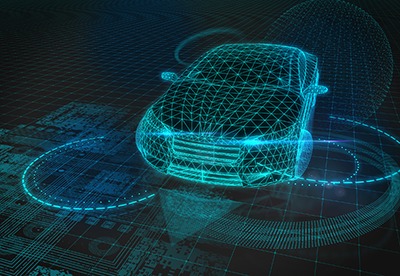 The findings show that 43% of drivers are unaware of any savings offered by telematics, while 10% think they wouldn't save anything by making the switch.

This is despite Wise Driving Black Box offering younger drivers telematics-based insurance for £1,506, compared with Churchill's cheapest non-telematics premium of £2,490.

The research comes after the British Insurance Brokers' Association (BIBA) revealed that telematics policies in the UK have risen by around 30% to nearly one million since 2016.

"The benefits of telematics are widely documented and reinforced by the recent BIBA figures," said Dr Colin Smithers, CEO at Redtail Telematics, which commissioned the research.

"With the average cost of an annual car insurance policy rising, the appeal of telematics policies is broadening as a way for all drivers to try and access lower premiums."

Telematics involves having a small device fitted to your car that records the speed, distance travelled and time of the day the car is driven, as well as driving style.

The YouGov survey of 1,500 drivers found that obtaining cheaper car insurance, being incentivised to drive safely, and awareness of driving style are the main benefits of telematics.

This comes after separate research found that 53% of insurers expect most drivers to use telematics by 2030, with a third predicting all motorists to be scored on driving ability in a decade.

A quarter think fully autonomous vehicles will become a reality over the next five years, with 48% expecting most cars to be hybrid, and 39% predicting the majority to be electric.

"Insurance leaders are correct to predict that telematics will be a game-changer in the field of insurance," said Aldo Monteforte, CEO at The Floow, which commissioned the research.

"We are entering the age where we can precisely quantify the risk of every driver, redefine insurance, and help them become safer on the roads."